Ginger shots – a small bottle with a great effect?

A miracle cure for warding off colds? Learn here what this popular new drink made from ginger really has to offer. 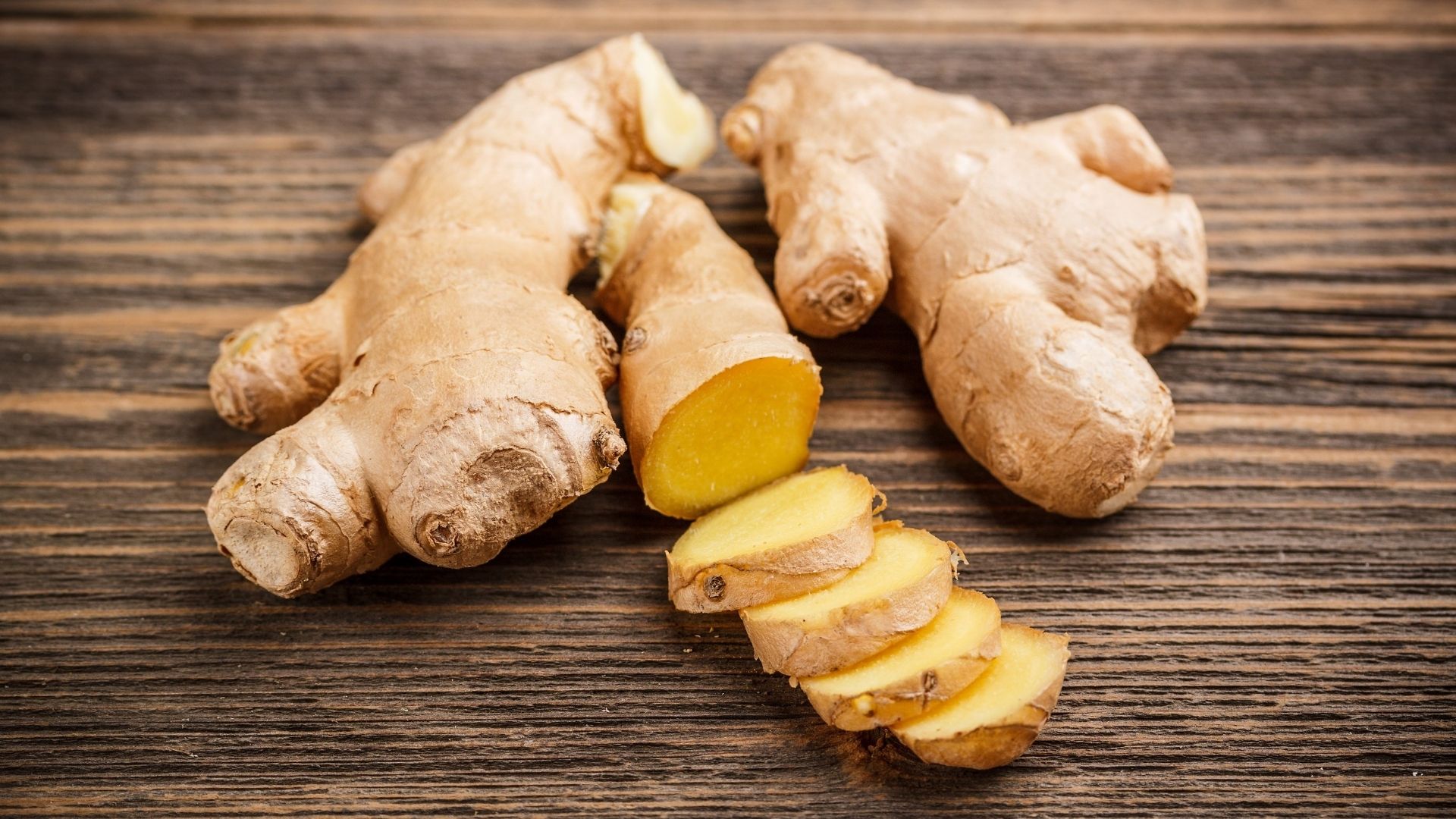 Have you noticed the next cold slowly but surely coming on? Then perhaps you’ve been advised to buy some small bottles full of a certain ginger and fruit juice concoction. What we’re talking about is the popular new drink: ginger shots! Supposedly this acts as a natural booster for the immune system and will whip our body’s immune defences into shape in no time at all. But what’s the real story behind this claim about the expensive super food in bottle form? In the following article, you can read about what you need to pay attention to when buying this new trendy drink, how you can easily make it at home and other exciting facts about spicy ginger shots.

Ginger – the tuber which originates in the tropical forests of India, has been a popular ingredient in the cuisine of a wide variety of countries for quite some time due to its aromatic, citric flavour and its slight spiciness. But it’s not just the great taste that has also transformed this small tuber into a super food here at home too: There are countless health claims associated with ginger, such as its power to ward off germs. You can find further interesting information about the spicy tuber here. The beverage industry has now also discovered the potential of ginger, with the result being more and more small bottles filled with supposed miraculous powers appearing on our supermarket shelves. But what’s really in them? 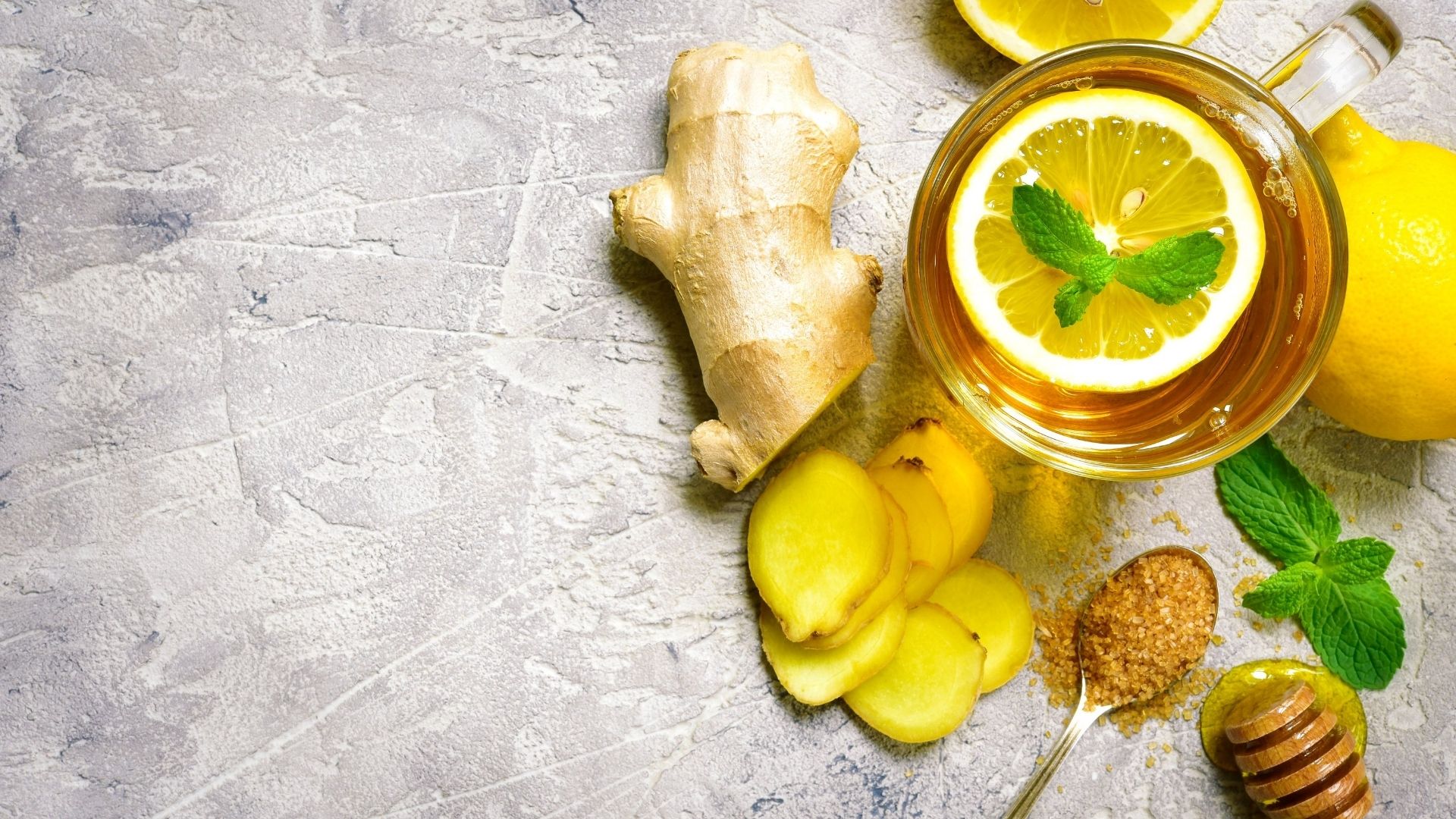 A mixture made from ginger and fruit juices

Not all ginger shots are created equal. That’s because the market offers a variety of different shots in these small bottles. In general though, all the shots consist of a mixture made from pieces of ginger and ginger juice, as well as other, often sweetened fruit juices, as ginger on its own is too spicy to drink. For instance, the ginger is often mixed with apple or orange juice. This makes up about half to three quarters of the bottle’s content. However, take note of the sugar content on the innocuous-looking bottles – you will be surprised! That’s because some ginger shots have more sugar in them than cola does. This is due to the high fructose content of the juices. Some shots even have sugar in the form of agave nectar added to them. It’s best to avoid these ones, if possible.
Although many of the fruit juices that make up the majority of the contents of the shots are rather cheap, the food industry asks a high price for the small bottles. The price per litre can range from about €6 up to €80! What’s more, most of the shots are filled into small disposable plastic bottles usually containing only about 60 ml. This creates a lot of waste which can easily be avoided without having to go without the enjoyment of drinking this popular new beverage! You’ll find out how this is done next. 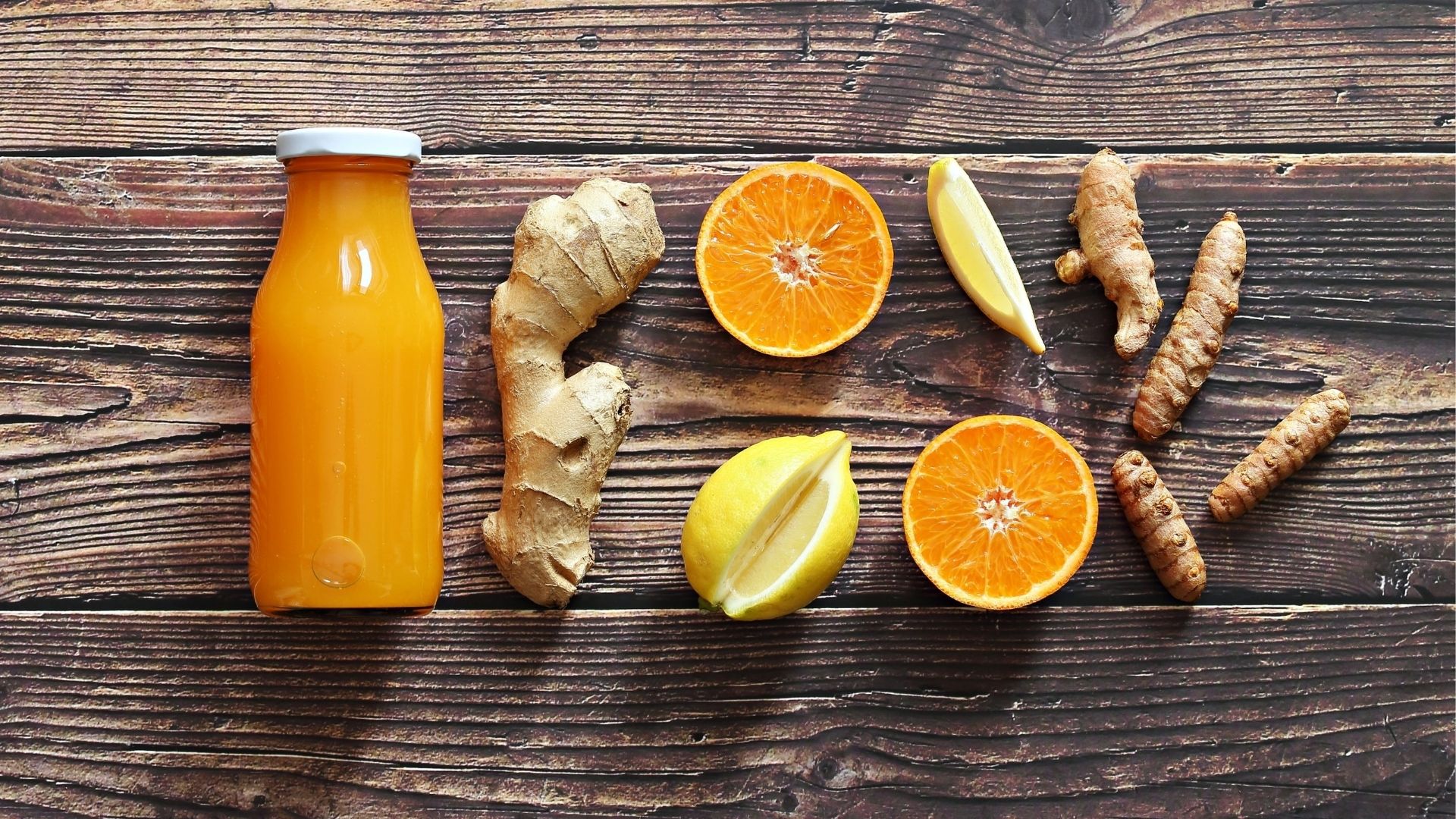 It’s better to make it yourself rather than buy it!

If you want to avoid creating waste and save money at the same time, it’s really easy to make the small shots yourself at home. Here is a list of everything you’ll need to make
four portions:

To create your home-made shots, wash the ginger and turmeric, lightly brush them and chop them into 1 cm sized pieces. Our tip: You can also easily remove the skin with the edge of a spoon. If you have chosen organic ginger, you can even use it unpeeled. If the ginger is already a bit old, you should definitely peel it, as otherwise the skin will release too much bitterness into the shots. Then squeeze out the juice from two medium-sized oranges and mix this with the ginger and turmeric pieces using an immersion blender for one minute on the highest power level. Then press the mixture through a clean towel and sweeten it with honey to taste. Alternatively, you can add an apple before puréeing for more sweetness. Your shots will keep for up to four days in the normal refrigeration compartment of your Liebherr fridge!

The result is not only totally delicious, it also has almost a third more pungent compounds! The pungent compounds, as the name suggests, are responsible for the characteristic spicy taste. In purchased products, they are an indication that comparatively more (and particularly fresh) ginger has been used to make them. These pungent compounds also have beneficial health properties. But how healthy are ginger shots really? A food and not a medicine

First of all, it is important to mention that no scientific studies have yet been published which demonstrate the claimed effects of the shots on the human body. Therefore, there is no proof that ginger can protect or even prevent getting a cold. Nevertheless, some laboratory studies have shown that ginger does have antiviral, antioxidant and anti-inflammatory effects and thus can have a positive impact on the immune system. The tuber is also used as a medication to combat nausea and minor gastrointestinal complaints. There is documented evidence of the effect of ginger on these ailments.

So even if the marketing claims such as “a miracle cure for colds” have not been proven yet, ginger shots are beneficial to our health. The pungent compounds gingerol and shogaol have an anti-inflammatory effect and also stimulate the digestive tract. The essential oils in ginger additionally help to counter gastrointestinal complaints such as travel sickness.

On top of this, many ginger shots are marketed as containing vitamin C, to also boost our immune system. It is often not the ginger itself that is responsible for the high level of this vitamin in the shot, but the other ingredients, such as acerola, orange or sea buckthorn. But you should bear in mind: Even just one bell pepper a day contains enough vitamin C to meet your daily requirements, so you don’t need to buy expensive ginger shots to get it.

Spoilt for choice: what to pay attention to when buying shots

You don’t have enough time to make your own ginger shots, so would like to buy one of the countless products on offer? Then we have a tip to help you decide which one to choose! It’s best to buy cold-pressed rather than heated shots, as these usually contain more pungent compounds, and as a result, have a stronger ginger taste. They also contain even more vitamin C.

Skyr – The protein wonder with a long tradition

Mint – A Refreshing and Soothing Herb

Flexitarian – Conscious Meat-Eating With Nothing Forbidden