With its distinctive consistency and its fresh, delightful aroma, mozzarella is irresistible. Learn more about everybody’s favourite cheese.

Whether it’s topping your pizza, served with tomatoes and basil as a summery starter or as an ingredient in countless warm and cold dishes, mozzarella is a welcome cheese classic all across the world. This member of the soft cheese family is particularly known for its unique production process, which gives it its unusual consistency and its enchantingly light, fresh taste. To find out everything you need to know about this popular cheese as well as instructions for how to make it yourself, read on.

Mozzarella was originally an Italian creation. In the region around Naples, Campania and Southern Lazio, this buffalo milk product was already an important part of the local diet by the 2nd century. It took a few centuries – until about the 20th century – for this Italian delicacy to cross the Rubicon and become one of the world’s most well-loved cheeses. But as it changed the world, it too was changed.

The greater the demand for the cheese, the cheaper its production had to become. Where once mozzarella was made from buffalo’s milk, today it’s typically produced with cheaper cow’s milk. Buffalo milk mozzarella and cow milk mozzarella, however, are two very different things. Buffalo mozzarella, with its creamy consistency, seems to melt on the tongue, whereas cow’s milk mozzarella is characterised by its harder, rubberier texture. The differences in taste are also enormous: Buffalo’s milk contains nearly twice as much fat as cow’s milk, which gives the cheese a significantly higher flavour intensity.

Genuine buffalo mozzarella is available in the supermarket with its “protected designation of origin” label (shortened to DOP in Italian). This red-yellow seal signifies that its production was controlled, regional and traditional. If you haven’t ever had the real thing, it’s definitely worth a try. But even among cow milk varieties, there are differences. Whether its round and brined or firm and dry, made from whole milk or low-fat, find out which type you like and, in the process, discover the many forms this cheese classic can take. But just as important are all the delicious combinations that are possible when you pair this cheese speciality and other foods. One thing no one can (or should) live without: tomatoes and mozzarella with a bit of fresh basil and balsamic. Particularly on hot days, this classic combination is perfect as an appetiser or as a refreshing snack. The tomatoes are full of valuable nutrients, but the mozzarella also does its part for our health. The cow’s milk variety of this cheese staple is relatively low-fat compared to other sorts of cheese and provides us with valuable protein and loads of calcium to boot.

The mild aroma of mozzarella also fits perfectly with the more dominant flavours in other dishes. Whether its succulent tomatoes, tasty herbs or a hearty pizza, mozzarella makes your food a delectable dining experience. For salads, or just for fun, you can try tearing it rather than cutting it. This increases the surface area of the individual pieces so that dressing, for example, and the mozzarella’s own flavours are more intense. A word of caution: mozzarella and pregnancy

Raw milk cheese, which for healthy individuals is both unproblematic and often responsible for a certain cheesy euphoria, can be a risk for pregnant women. To protect mothers and unborn children, there are a few things to keep in mind. Some types of bacteria can be dangerous. Animal products in particular are often the culprits. An important note regarding milk products: To be on the safe side, do not consume any unpasteurized milk products during pregnancy! The worst bacteria that may be lurking amongst them is listeria, which can be responsible for birth defects or miscarriages. To find out if a product uses raw milk, just look at the packaging. It will be clearly labelled. On the other hand, products made from pasteurised, ultra-heat-treated milk can be eaten with reckless abandon, as long as they’re consumed within two to three days.

Storage and shelf-life of mozzarella

When you’re shopping, pay attention to what you’re buying. To make sure you’re purchasing safe mozzarella, the package should not have any holes, nor should it be inflated. Since mozzarella can very easily spoil, the best-before date gives you a good indication of the shelf-life. This cheese should keep for up to a week in the normal cooling area of the fridge after it’s been opened. The BioFresh compartment of your Liebherr fridge lets you keep your mozzarella much longer. In the 1 °C cooling area, it can be stored more than two weeks.

Signs of spoiling cannot really be detected visually. Therefore, it’s a good idea to try a taste test and examine the consistency. Has the consistency changed or has the cheese become greasy? This could be a sign that the mozzarella has gone bad. If there is also a sour or bitter taste, it is clear: This mozzarella belongs in the bin rather than in your food. 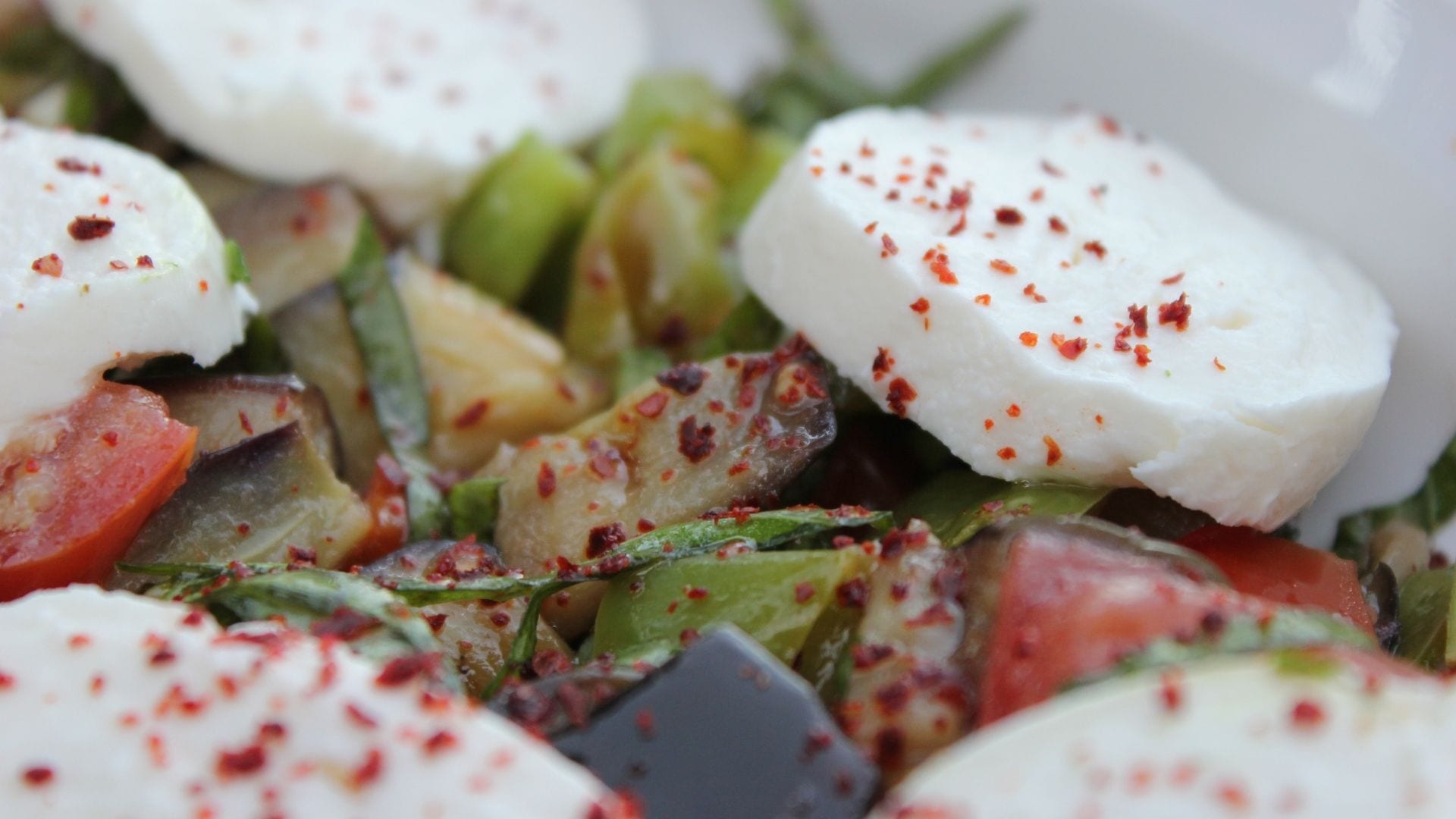 Home-made mozzarella: a cheese dairy in your own kitchen

The thing that makes mozzarella so special is how it’s made. Like other soft cheeses, it doesn’t need to mature. It does, however, have to be scalded. That’s why it’s sometimes called “scalded cheese”. The consistency is the result of being stirred, kneaded and pulled afterwards, which makes the mozzarella elastic and stringy. The well-known mozzarella balls are formed from pieces cut out of the stretched-out strands, which are then placed in brine for one to three days.

For your own kitchen, we recommend the following procedure: Mix together 2 litres of whole milk with 3 tablespoons of buttermilk, and heat the liquid to approximately 40 °C. You’ll also need a rennet tablet, which you can stir in as instructed on the package. Let the mixture cool until no longer roiling, and place it in a warm place for one to two hours until it forms into a curdled mass. Cut it with a large knife into blocks. The blocks must then be placed in a cheese cloth and left to drip for about twelve hours, or ideally overnight.

Then place the pieces one at a time into a pot and pour very hot, but no longer boiling, water over them. Knead the cheese pieces, first with a spoon. When they’ve cooled down some, you can continue to mould them with clean hands. They can be shaped into mozzarella balls of whatever size you like or whatever the size of the blocks will allow. The last step is to let the balls soak for just under an hour in brine. The home-made mozzarella balls will keep, well-cooled, for a week at most or, if kept in brine, a bit longer. Have fun trying it out!