Trendy drink gin: that’s what makes it so special

Just a few years ago, gin was a standard spirit, mostly perceived as a product category rather than an individual product. But where in the past you simply ordered a gin & tonic, today you are asked more and more frequently about your personally preferred brand or flavour.

The sustained gin boom is not only particularly astonishing because these spirits are almost never drunk neat, but are almost always used in cocktails or long drinks. In addition, the great variety and the numerous new brands on the market do not exactly help to keep track of things.

Where are the roots of gin?

The origins of gin go back to the Dutch genever (in German: juniper), a grain brandy flavoured with the ingredient that gives it its name and flavour and which has been known there since the middle of the 17th century. The gin became the typical British drink as we know it today, probably through English soldiers who fought in the Eighty Years War between Spain and the Netherlands, got to know this spirit there and finally brought it back home with them. The Dutch Genever became the English pronunciation of the name Gin, and this spread quickly and with great popularity in the global British Empire.

Juniper as the aromatic base of gin But even if today there is a large number of brands and flavours that can hardly be overlooked, juniper has always been preserved as the aromatic base of gin. In fact, there is even an EU legal definition that guarantees this and defines what is meant by the term gin. The EC Regulation No. 110/2008 defines gin as “a spirit with a juniper flavour, which is obtained by flavoring ethyl alcohol of agricultural origin, which has appropriate sensory properties, with juniper berries (Juniperus communis L.).”

The most famous style today within this type of spirit is the dry gin or the London dry gin. As with almost all gins, in addition to juniper, other so-called botanicals are used for flavouring, i.e. vegetable ingredients such as coriander, ginger, cardamom, orange and lemon peel or flowers. However, dry gin and London dry gin still classically have a pronounced, dominant juniper aroma and are not sweetened. However, while the addition of non-vegetable substances, ie aromas and nature-identical aromas, is also possible with Dry Gin, these are not permitted with London Dry Gin. Another typically English type of gin is the Plymouth Gin, which unlike the London Gin actually has to come from the eponymous port city in southern England. The Plymouth Gin was traditionally considered the drink of the English Navy and, in contrast to the London Gin, has a somewhat more restrained juniper aroma, which is accompanied by earthy-spicy notes.
A variant that is rarely found today is the Old Tom Gin. With its clearly palpable sweetness, it comes closest to the actual original form of gin from the 18th century, when the then quite rough and hot schnapps was made drinkable with sugar. Old Tom Gins are mainly used today to prepare certain cocktails, especially the famous Tom Collins.

Many of the new brands that have emerged on the market, particularly in France, the USA and more recently Germany, are in the style of so-called ‘New Western’ gin. Juniper berries tend to provide a subtle background flavour to these modern gins, creating space for innovative and often exotic ingredients, such as lavender, elderflower, liquorice, mandarins, cucumber or various fruits. Pink gin is now almost an industry in itself in the UK. 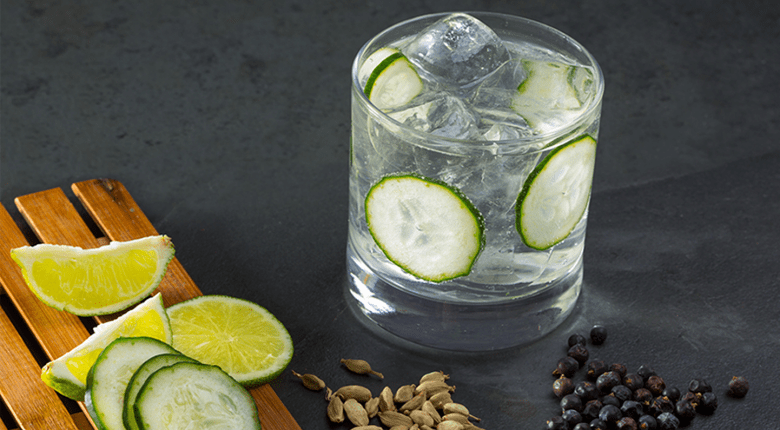