Everyone knows and loves it: vanilla. But what makes this expensive spice from Mexico so popular all around the world? Vanilla, vanilla sugar, vanilla flavouring or vanilla extract – if you find all these different terms a bit confusing, don’t worry because we’ll explain them all right here. In the following article you’ll learn, among other things, what makes real vanilla so unique, why vanilla is one of the most popular spices all over the world and of course how to navigate deceptive marketing claims and locate real vanilla in a list of ingredients.

Vanilla is one of the most popular and most used spices in the world. And for good reason – real vanilla contains more than 200 aromatic substances which together produce a deliciously sweet and full-flavoured taste. In addition to this, we get used to the taste of vanilla at a very young age. That’s because very small amounts of vanilla flavouring are often contained in baby food and our sensory memory remembers this. That’s why as adults we still associate eating vanilla with a feeling of familiarity and security. But where does vanilla actually come from?

A luxury item with a long history

Vanilla originally comes from southern Mexico and Guatemala. The spice was already revered there during the time of the Aztec Empire. The Aztecs were particularly fond of cacahuatl, a drink made from vanilla mixed with cacao, chilli and water. Vanilla made its way to Europe in the 16th century, via Spain. The Spanish had a monopoly on this luxury item for a long time. However, at the beginning of the 19th century, scientists successfully managed to synthetically produce vanillin, one of the main flavouring substances in vanilla. This was an important development for the food industry. And as a result, more than 90 % of the vanillin produced today is made synthetically. This is the only way of meeting the huge global demand for vanilla. Those who want to benefit from the unique flavour of real vanilla pods will have to dig a little deeper in their pockets.

An expensive indulgence – cultivation and production

The distinctive brown and black pods of the vanilla plant are still cultivated today. The most important growing regions are Madagascar and the island of La Réunion and the Comoros. The famous Bourbon vanilla must originate from the “Vanilla Islands”, a term used to describe the islands listed above as well as the Seychelles and Mauritius.

Vanilla pods are the fruits of a tropical climbing orchid and are harvested just before flowering in an unripe state, then fermented for up to four weeks. The pods only start to develop their unmistakable vanilla flavour over this long period and lose their green and yellow colour, turning black and brown. The pods also enormously reduce in size over this time. Due to this long production process as well as the time-consuming pollination process, vanilla – alongside saffron and cinnamon – is one of the most expensive spices in the world. That’s why many substitutes have been developed over the years, which can however often cause confusion for consumers. Confusing terms: The differences between vanilla flavouring, vanilla extract and other similar products

As many consumers don’t know the difference between vanilla extract, vanilla flavouring and other similar products, it’s easy to be deceived by attractive packaging and marketing claims. That’s because wherever vanilla is included on packaging, it must mean that vanilla is in the product, right? But unfortunately, it’s not that simple. The following definitions should shine some light on the matter:

Vanilla extract is the product created during the extraction process of the pods. The flavour must be 100% from vanilla pods and therefore must not only contain the main component of vanillin, but also up to 100 other aromatic substances. This makes vanilla extract a highly-valuable and natural product.

Foodstuffs that contain this ingredient include whole, real vanilla pods in ground form. Thus all of the 100 plus aromatic substances are also included. The product often has black specks which are typical for vanilla.

Vanillin is the main flavour substance in vanilla and can be extracted from real vanilla pods as well as from other natural materials such as wood. However, the majority of vanillin used in the food industry is produced synthetically.

Natural flavourings are produced from plant, animal or microbiological raw substances. Thus they don’t necessarily have to come from vanilla – in this instance they can originate from wood shavings.

Compared to natural flavouring, 95% of this substance must originate from the ingredient, i.e. from vanilla pods. The remaining five per cent must also have a natural origin, however it doesn’t need to have anything to do with vanilla. This can be used to create fresher or more tangy flavour notes. Try it out in savoury dishes too!

Used in ice cream, cakes and all manner of other delicious desserts, there’s no denying that vanilla is an essential component of sweet cuisine. But if this happens to get a bit boring after a while, why not get adventurous and combine vanilla with savoury dishes? It might sound a bit unusual, but it’s worth a try! We recommend the combination of pasta and vanilla or even vanilla and pumpkin.

Vanilla pods can be found in all the usual supermarkets in small glass tubes. This has the advantage of ensuring that the product doesn’t dry out and lose its flavour. If you do however have a pod that has dried out and gone hard, we have a simple tip for you: Place the vanilla pod in a clean container and pour some hot sugar syrup over it. Then leave the whole thing in your Liebherr fridge for a few days. Afterwards the pod should be soft again and can be used without any problems.

To use the pod, cut it once lengthwise and remove the core using a blunt knife. Note: definitely don’t throw away the pod that has been scrapped out! You can use this to create vanilla sugar in one simple step. Just place the pod in a glass with some sugar and leave it to infuse for a few weeks. 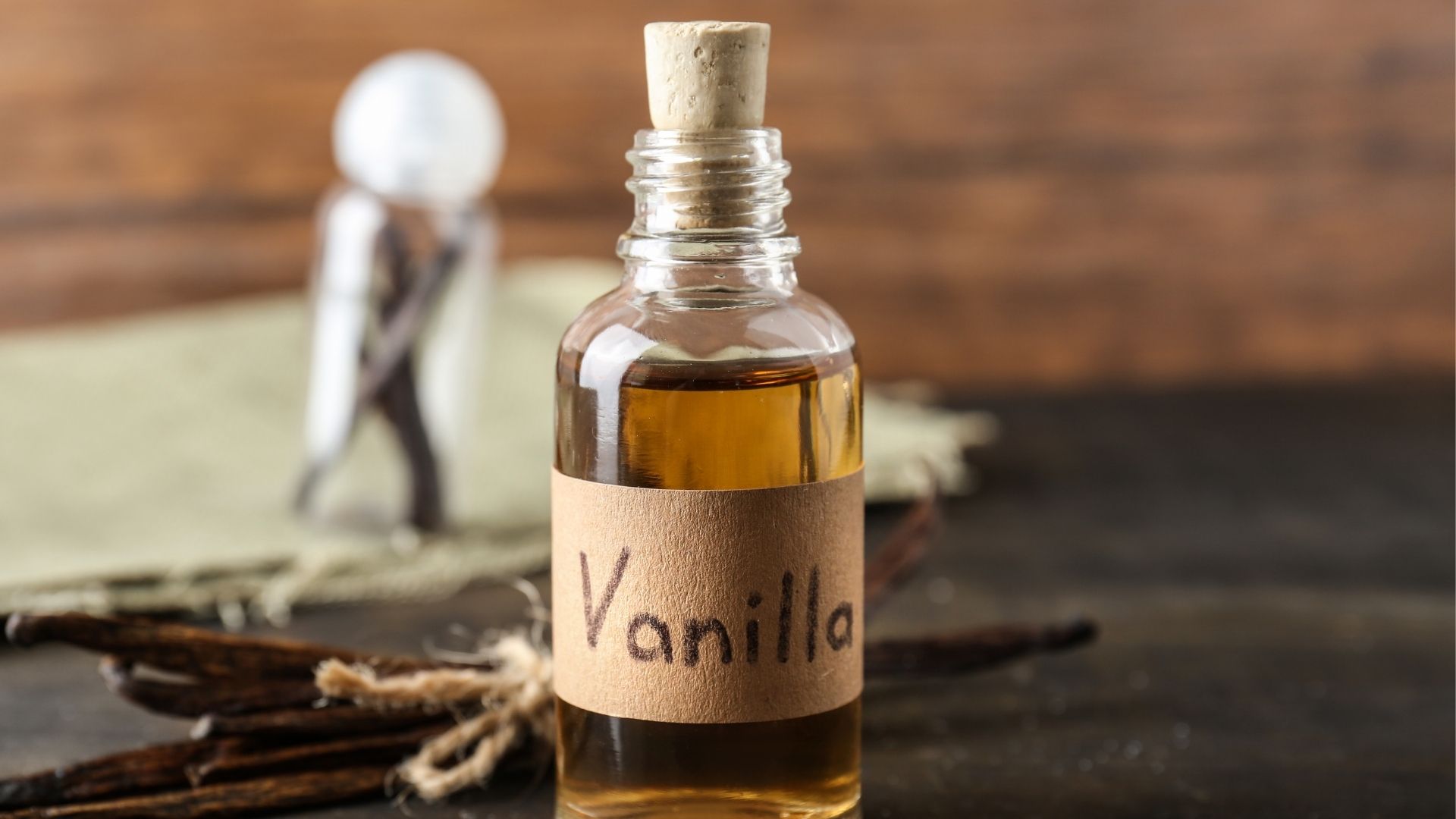 Halloumi – a squeaky treat from the barbecue