How it all began: the history of the refrigerator
Shrinivas Jyoti

What was once a genuine luxury has now become the norm: the ability to cool food in a refrigerator or freezer, and thereby to keep it fresh for an extended period of time. Read on to find out how this all came to be. 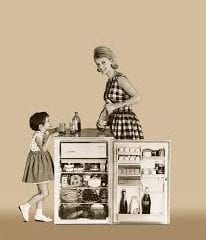 ‘Once upon a time…’ is a well-known fairy tale opening and it could easily be used to start the story of the refrigerator. After all, do you have any idea how people stopped food from perishing 100 years ago, or even before that, when there were no refrigerators and freezers as we know them today?

So then, ‘Once upon a time’… going a long way back to the days of the hunter-gatherers, any food that was hunted or gathered was eaten straight away. Back then, the idea of cooling food was a long way off but, as our ancestors gradually gave up their nomadic lifestyle and stopped being on the ‘hunt’ for food, the situation started to change. As people settled they had to find ways of keeping food fresh and they started to develop a range of solutions including smoking, curing and pickling foods. In the Middle Ages, niches in wooden walls provided a certain degree of coolness for food storage, as did holes dug in the ground, streams, and ponds. Cellars under houses also became popular. A cool cellar was the ideal place to keep perishable food fresh for longer, and foods were stored in wooden or clay containers.

Development of the refrigerator

William Cullen gave the first ever demonstration of artificial cooling at the University of Glasgow in 1748. The chemical refrigerator was subsequently developed and brought to the commercial market in 1834. Ferdinand Carré made further refinements in 1859 but, at this time, refrigerators were definitely not a standard feature in private homes. People still tended to rely on blocks of ice for cooling food, storing food in a simple wooden crate containing pieces of wood and insulation materials. This explains the origin of the term ‘ice box’, which we still use today to refer to refrigerators. In 1876, households were revolutionised by Carl von Linde, who played a key role in the development of the refrigerator, and later technical and chemical advances saw refrigerators becoming a standard feature in American private households by the 1930s.

In India too, however, refrigerators remained a genuine luxury item for many more years because they were expensive and bulky for the average household. On top of this, most households didn’t even have electricity at that time. Many villages and communities relied on communal cooling houses where fruit, vegetables and other types of food could be stored – it was quite simply much cheaper. It wasn’t until the 1970s that refrigerators really took off in India. Referred to as ‘every woman’s best friend’ (and, no doubt, these ‘new friends’ also offered a few advantages to men as well!), refrigerators eliminated the need for hours of pre-cooking and daily trips to the shops. Meals instantly became far more varied – cream cakes, cold cuts, fruit and other tasty delights were all enjoyed in the up-and-coming India in the days of the ‘economic progress’.

Liebherr In the refrigeration sector 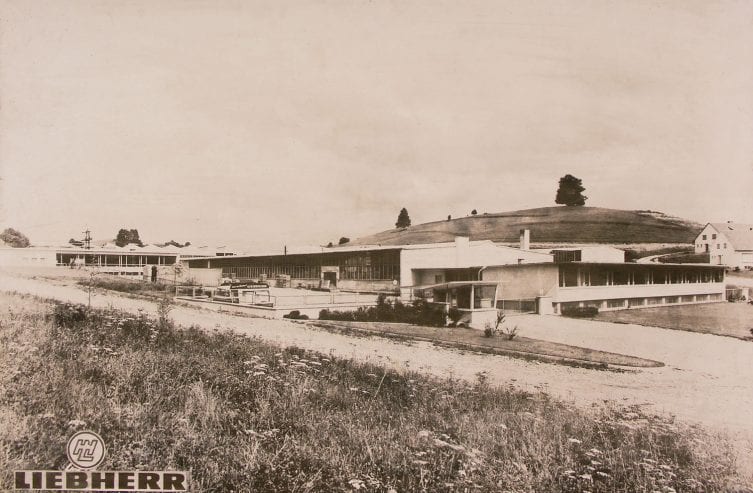 The first Liebherr refrigerator was produced in 1954. At this time, despite the economic miracle, 90% of German households still didn’t own an electric refrigerator, and company founder Hans Liebherr saw an opportunity to enter the sector by developing, manufacturing, and then continually improving, quality appliances. By the 1970s, refrigerators had become standard and an integral part of the home. First came freestanding, individual appliances, but then built-in models were gradually introduced to the market and combination fridge-freezers became available. And, as the years went by, Liebherr became a well-known refrigeration specialist, continually developing new technology and innovations in the refrigeration and freezing sector. NoFrost technology, launched in 1987, is a prime example. NoFrost prevents the inside of the freezer compartment from frosting over and, with its introduction, arduous and time-consuming defrosting became a thing of the past. 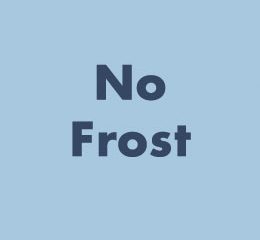 Added convenience thanks to NoFrost and BioFresh technology

After NoFrost came BioFresh technology, a near 0°C zone incorporated in the refrigerator that guarantees even greater freshness and convenience, which Liebherr patented in 1996. Appliances with BioFresh technology offered the opportunity to keep fruit, vegetables, fish, meat and dairy products fresher for much longer than had previously been possible. Different types of food have different temperature and humidity requirements, and these need to be met if the food’s flavour, vitamin content, texture and appearance are to be retained. BioFresh technology provides just the right conditions to prolong optimum storage. For example, a lettuce will stay fresh for 13 days in the BioFresh compartment but for only 5 days in a normal refrigerator compartment.

Over the years, Liebherr has also developed into an industry-leader in the fields of design and energy efficiency.  By employing environmentally friendly refrigerants, highly efficient compressors and new insulation materials, Liebherr offers a wide range of appliances in the highest energy efficiency class, A+++.

The growing importance of design

And, not to forget that ‘small’ matter of design: Liebherr appliances regularly win design accolades from independent awarding bodies. In January 2015, the BlackSteel Side-By-Side 7263 received the prestigious iF Design Award 2015.

The ‘normal’ refrigerator has evolved a great deal and has now become more than just an appliance for cooling food. Refrigerators have been gradually transforming from purely functional items into design centrepieces. The trend has been for modern kitchens to become open ‘communication zones’ and, as a result, freestanding appliances with stylishly attractive finishes (such as BlackSteel or stainless steel) and design-enhancing technologies (such as energy-efficient LED interior light columns) have become design objects and visual highlights in the kitchen.

So where will it all end? How do you think refrigerators will develop in the future? Will they help us to manage our supermarket visits by giving us warnings when we are running low on things – and then reorder for us? Whatever happens, the refrigerator’s journey is far from over and plenty of adventures still await! But one thing is certain: development won’t stop and Liebherr will keep supplying you with innovative, high-quality appliances that meet all your refrigeration needs.

Do you have any questions or comments about this post? Or perhaps you have been personally involved in the making of refrigerator history? Please let us know. Contact us on Facebook or use the comment function at the bottom of this post.

Why a Liebherr appliance is more than ‘just’ a fridge?

Why Liebherr design is so special

SmartSteel: Why it’s so special

Fruits and vegetables to get you through this cold and flu season!