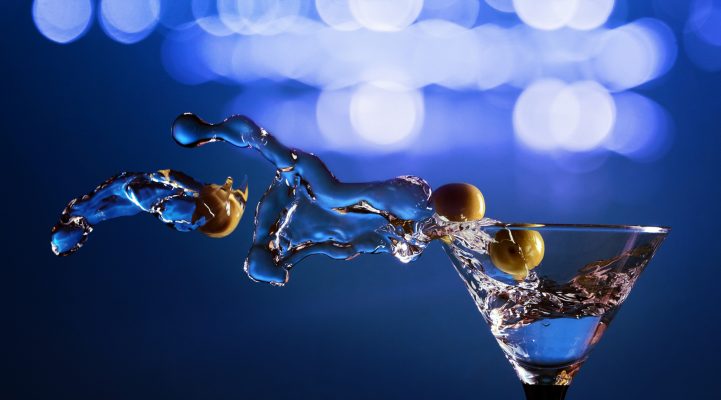 “Shaken, not stirred”, that’s how James Bond preferred his Martini, but should we follow his example in this?

Thanks to James Bond, the Martini is probably the most famous cocktail in film history – even those who’ve never known a Martini to pass their lips will be aware that 007 always orders his “shaken, not stirred”. However, less well known fact is that this method of preparation, often considered the cool and sophisticated thing to do by movie aficionados, is regarded with suspicion by bartenders from the cocktails scene. From a professional point of view, a classic Martini is always stirred over ice and not shaken in a cocktail shaker, and there are two main reasons for this:

Whether Bond’s creator, Ian Fleming, had 007 order his Martini ‘shaken’ out of cocktail ignorance, or whether he deliberately chose to have him stand out from the crowd in his choice, will remain a mystery. Although, having said that, we do know it was customary for the legendary James to introduce some edge by, quite pointedly, ordering a ‘Vodka Martini’. In this version the traditional, more aromatic gin is replaced by more neutrally flavoured vodka. And, when ‘Casino Royale’- the first James Bond novel – was published back in 1953, Fleming invented a new take on the Martini cocktail – the ‘Vesper Martini’, which mixes both vodka and gin, and is regarded as a classic nowadays. Meanwhile, in ‘Spectre’, the most recent Bond film, 007 ups the stakes again by ordering a ‘Dirty Martini’ whilst in the service of Her Majesty; this adaptation is garnished with a green olive and has a little olive brine stirred in with it – or rather: shaken in with it, of course!

Wine accessories: what every wine lover should have to hand

Wines for Christmas – Our Master Sommelier reveals his favourites

Hygiene in the kitchen – no chance for bacteria and viruses