Beer… In the UK we love it but – as you’ll discover – not nearly as much as many other countries around the world. Beer has a rich history and tradition, as well as providing many important nutrients, so sit back with a cold one and enjoy 10 rather interesting and curious beer facts.

Long ago, beer was mostly brewed at home. Bread was usually made on one day and then an incomplete baked loaf was taken as the starting culture for brewing beer on the following day. Mixed with water, the fermentation processes would begin with yeasts and microorganisms present in the surrounding air. This household routine is probably referenced in the Brothers Grimm fairytale ‘Rumpelstiltskin’, in the line: “Today I’ll brew, tomorrow I’ll bake, then from the Queen, her daughter I’ll take.” During the Middle Ages, monks embraced beer production in their monasteries and, even today, we still perceive their approach to the art as being very professional. They observed and scrutinised the individual beer production steps and, in doing so, gradually improved the beer brewing processes. 2. Beer is the third most popular drink in the world!

It’s certainly the most popular alcholic beverage in the world and comes in at third overall after tea and water!

3. Why do people toast “cheers” and clink glasses? 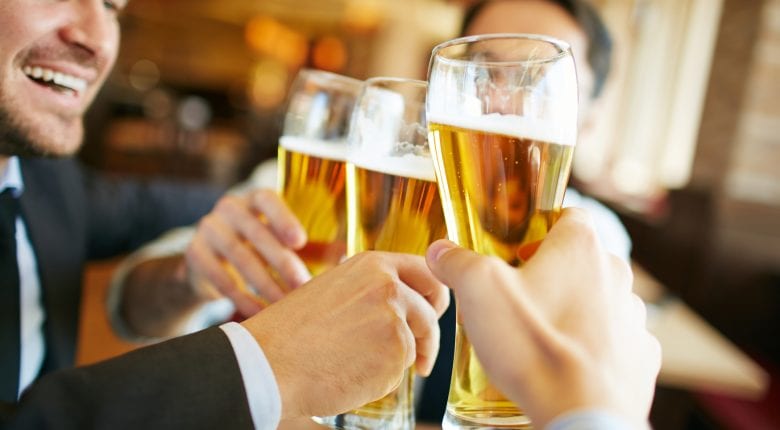 How did the ritual of “cheers” along with the clinking of glasses take hold? Explanations abound and one suggestion is that, in ancient times, clinking arose to protect people’s lives… In the Middle Ages, the hearty clinking of robust beer tankards supposedly established that their contents had not been poisoned; the assumption being that the merry clonking of tankards against each other would lead to beer spilling from one vessel into the other – it was a way of ensuring that your drinking companions weren’t harbouring evil intentions and trying to kill you off!

4. The Czechs are the world’s biggest beer drinkers 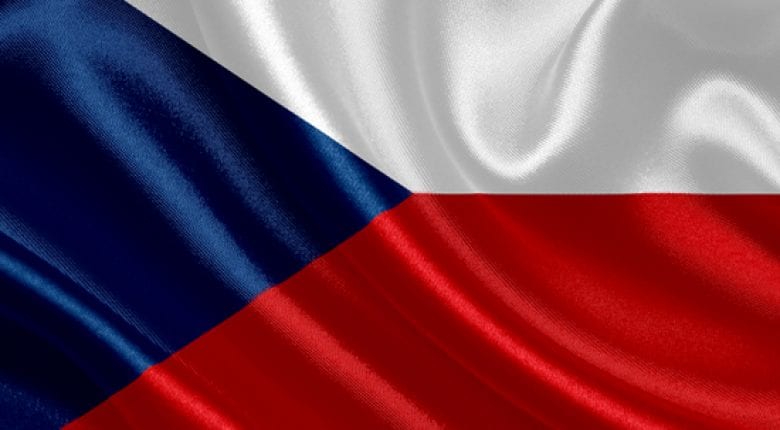 The Czechs have the world’s largest consumption of beer per head of population, at around 191 litres per year. Ireland are in 6th place and we wonder how much of their 95 litres per capita is the black stuff!  The UK comes in at 21th place with 72 litres.

5. Beer does not cause a ‘beer belly’

As a general rule, beer is not to blame for the development of a ‘beer belly’. Rather, its components of hops, malt and alcohol combine to stimulate the appetite. If drinking beer leads you to eat fatty foods more often, all those excess calories might mean that you acquire a ‘beer belly’. Did you know that, because of its ingredients and the fermentation processes, beer contains a host of minerals and vitamins? Beer contains vitamins B1, B2 and B6 and B7 (biotin) and, according to current scientific opinion, B vitamins help to improve concentration, support the formation of red blood cells, have a positive effect on the cardiovascular system, stimulate the metabolism, and help the nervous system to function properly.

7. The Egyptians were drinking beer when they built the pyramids! Apparently, an American archaeologist has determined that the builders of the pyramids in ancient Egypt drank around 4 litres of beer every day! It was evidently healthier than drinking dirty water from the Nile, but obviously must have meant that the men often worked slightly tipsy…

The formation of a frothy head on a beer is a natural process: during fermentation, the yeast changes the malt sugars in the beer wort into alcohol and carbon dioxide. When you pour beer into a glass, the carbon dioxide is released to create the foam.

9. What makes the perfect beer head? 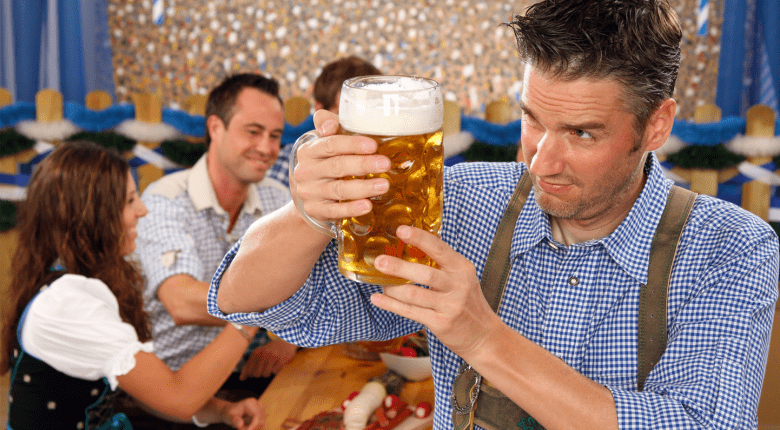 Perfect beer foam is formed on a cold beer at 6-8ºC; if beer is too cold it doesn’t make enough foam and, if it is too warm, it makes too much! If you like to enjoy your beer with a perfect head then it’s especially important that beer glasses are absolutely clean and free from grease. Fat residues in a beer glass have a direct effect on the surface tension of the carbon dioxide bubbles that make up the beer’s head. The more fat there is in a beer glass, the weaker the tiny carbon dioxide bubbles will be – the foam won’t grow to any size and will collapse after only a short time. Furthermore, when handling glasses make sure your fingers do not touch the inside surface. Every fingerprint contains tiny amounts of fat which contaminate the beer glass. Glasses should always be cleaned using hot water and a grease dissolving detergent. After washing it is imperative that the detergent is rinsed away using clear, cold water because detergent has the same detrimental effect on beer that fat has.

10. What do you call the fear of an empty beer glass?

The fear of having an empty beer glass is called cenosillicaphobia! Yes, really…