A quick lesson on whisky

Whisky is considered to be one of the most widely drunk spirits in the world. Regardless of whether it comes from the traditional countries of origin such as Scotland, the USA, Ireland and Canada or from one of the other significant producers such as Japan, India, Australia or Sweden – the process always involves alcohol distilled from a fermented grain mash and then matured in wooden casks. This results in the production of a wide range of styles and qualities depending on the products used at the start, how these are processed, the distillation and the maturation conditions. Here’s a short summary.

Scotland is still the undisputed leader in this world. The famous single malt whiskies lead the way. In each case, these originate from a single distillery. Single malt whiskies consist only of malted barley. When produced, the whisky is distilled twice in traditional pot stills. A distinct smoky peat aroma is often typical for single malt whiskies as, in this case, the barley is usually dried over peat fires following germination. In contrast to malt whisky, in the case of grain whisky, the addition of other grains to the barley malt is permitted as is the use of pot stills involving just one continual distillation process. The products from the world-renowned major Scottish brands generally involve blended scotch – which is a mixture of malt and grain whiskies. The Irish also produce their whiskey (note: in Ireland and the USA the spelling whiskey is far more common than whisky) both as malt and grain whiskey or as blended whiskies which are a mixture of the two. However, in Ireland, the use of peat for drying the germinated barley is relatively unusual. The whiskey is also distilled three times. This is why Irish whiskeys generally taste milder than those in neighbouring Scotland.

The most well-known American whiskey is bourbon. In contrast to Europe, it is corn and not barley which usually forms the basis of this whiskey. For bourbon, at least 51% of the mash must comprise corn. This basic product and the storage in barrels made from American oak – the insides of which have usually been lightly toasted over a fire – gives bourbon its typical, slightly sweet vanilla aroma. Tennessee whiskey is a particular type of bourbon which is filtered through a thick layer of charcoal. 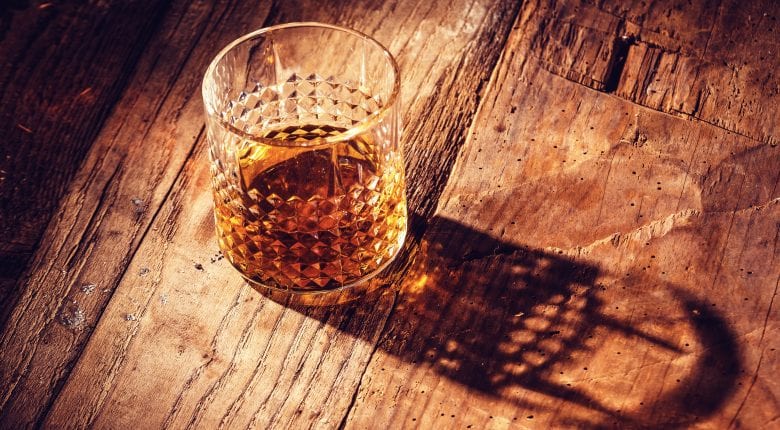 However, if at least 51% of the grain mix consists of rye, then this is referred to as American rye whiskey. In contrast to bourbon, rye whiskey has a spicier and drier taste.

Canadian whisky is also traditionally produced partly from rye. However, although today the proportion of rye is only relatively small, many Canadian whiskies are still referred to as Canadian rye whisky. Canadian whisky generally involves blends which are slightly lighter and brighter than the intensive bourbons from the USA.

It may be surprising for many to learn that Japan is also one of the major whisky-producing countries. Yamazaki is the oldest distillery still in existence today and was founded back in 1923 near Kyoto. And, 91 years later, it has finally arrived to take its place among the world’s elite. In 2014, an internationally recognised British expert awarded the distinction of ‘best whisky’ in the world to Japan for the first time. The “Murray’s Whisky Bible” awarded the highest marks globally to the Yamazaki Single Malt Sherry Cask 2013 – ahead, even, of the famous traditional whiskies from the USA and Scotland.

If you have any questions or comments on this article, let us know on Facebook. Find out more about the food and drink you love, head to FreshMAG now!

Salmon and Wine: Our pairing recommendation