South America is a very traditional continent and Christmas celebrations are very religious and differ from country to country. There are processions and re-enactments of the birth of Jesus but there are also recitals, dances and rituals which are more in tune with ancient pagan traditions, like making wishes in a candle lantern.

Latin Americans have great parties with traditional music and attend Missa de Gallo (Misa do Galo in Brazil), a late-night mass which is said to be such a long and drawn-out affair that most people don’t get home until the rooster crows! Galo means rooster in both Spanish and Portuguese. On December 25th families get together to enjoy another delicious feast with their extended families.

The most relevant seasonal dishes in Latin America are Pan de Pascua in Chile (bread filled with fruits and nuts), Tamales in Peru (seasoned meat and maize flour steamed or baked in maize husks), Moros y Cristianos in Cuba (White rice and black beans), Hallacas in Venezuela (corn dough stuffed with a stew of beef, pork, and chicken, folded in plantain leaves, tied with strings, and boiled), Peru in Brazil (Turkey in Portuguese) served with potato salad. 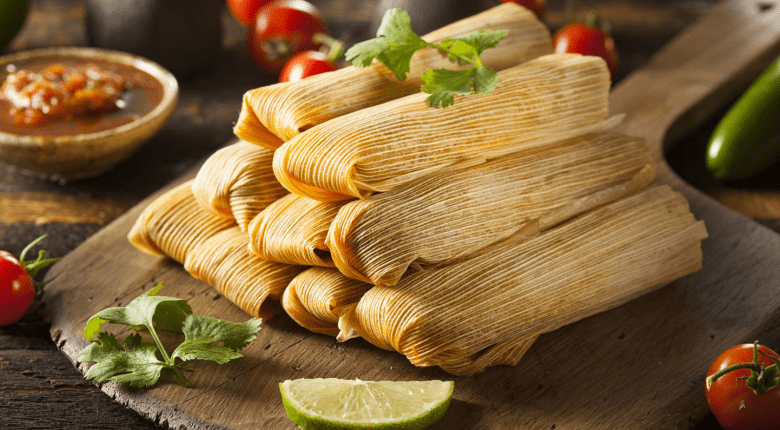 Tamales are popular during Christmas in the Caribbean countries

The Epiphany, which falls on 6th January every year, is the official last day of Christmas celebrations in most of South America. This is the day when the Latino world celebrates the arrival of the Three Kings bearing gifts for Jesus. The Dia de los Reyes Magos, or day of the Three Wise Men, is yet another day of festivities and culminates in the removal of all Christmas decorations.

Pineapple – the queen of fruits