When you think of burgers your mind will most likely drift to one or two world famous North American fast food outlets, a relatively recent global concept that you don’t even need to leave your car to collect and enjoy. However, as we will discover, burgers are not actually a modern-day invention at all and originated many miles away from Uncle Sam’s via Russia, Germany and, depending on who you believe, possibly even Denmark.

Various sources suggest that the beef burger began life as far back as the 4th or 5th century AD in Rome, with a dish by the name of ‘Isicia Omentata’ which consisted of minced meat, pepper, wine, pine nuts and Garum (a rich fish-based sauce). All of these were formed into a patty and resembled the burger meat we know and love today. In fact, the Romans have long been credited with bringing fast food enterprises – synonymous with burgers – to these shores, known as ‘thermopolia’. 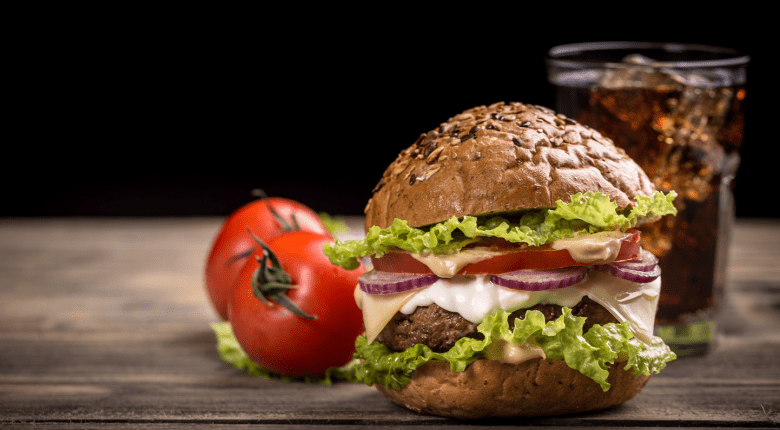 From Hamburg with love

The term ‘burger’ can be used for any cooked meat, poultry or vegetable placed inside a bread bun. The terms ‘hamburger’ and ‘burger’ are sometimes used interchangeably, with the former also being used to refer to a beef burger and derived, of course, from the city of Hamburg in Germany. Why though? Well, in the early 19th century, Hamburg was a popular port of departure for Germans emigrating to the USA and they clearly loved a Hamburg steak (there’s also a theory that the German’s originally got a taste for steak tartare whilst in Russia which ultimately resulted in their very own dish). The inevitable happened and Hamburg steak became very popular across the pond, first appearing on menus in America in the 1800s.

So, who invented the modern burger that we love today? Well, as with so many meals and recipes, this proves to be a point of debate. Many theories abound as to how the handheld phenomenon came to be, with the names Louis Lassen, Charlie Nagreen, and Otto Kuase among many others who have been credited with the invention in North America in the late 1800s and into the very early 20th century. Louis’ Lunch (opened by Lassen, a Danish immigrant), still claims to be the restaurant from which the very first burger was served in 1900, whilst there are a few claims from around 1885 for a burger being served for the first time, albeit in slightly different forms like a meatball or ground beef sandwich.

One thing’s for sure, burgers are here to stay, with Mcdonald’s introducing home deliveries, whilst brands from yesteryear like Wimpy are said to be making a comeback in the UK. Gourmet burgers are proving more popular than ever with the likes of Honest Burger and Five Guys leading the way, whilst up-and-coming Smashburgers are growing fast in a £3bn industry.

Alternative burgers like the Wagyu from Japan are also infiltrating menus, having launched to mixed reactions at the Golden Arches in Australia and, of course, there are so many other varieties to choose from if you’re not so partial to beef, or just prefer a healthier option, such as lower fat turkey or meatless vegetable versions. In a Liebherr BioFresh compartment, beef can be kept for up to 7 days, compared to just 1 day in a standard fridge compartment

The calorie (specifically: carbohydrate) conscious among you who still want to enjoy a beef burger in sandwich form without worrying quite so much about the waistline can try substituting the bun for lettuce on either side of a cooked patty. For those of you keen to make a homemade burger from scratch with or without the bap, why not give our own beef burgers recipe a try? Preparation time is just 15 minutes and it’s very simple! Give it a go and let us know your thoughts on the recipe…

And finally… when you’re next at a burger joint, or, indeed, preparing a burger meal at home, consider ditching the traditional side of fries and, if you must have something else to fill you up, opt for a second burger. The protein from the additional burger will help keep you fuller for longer rather than searching for snacks later on.

Have we whetted your appetite for a juicy burger? Are you surprised to discover the evolution of the modern burger? Let us know your thoughts on Facebook, Twitter and Instagram.