In the early autumn, we cooked a roasted plum dish on repeat. It was a speedy tray-roast of plums, red potatoes and red onions, adorned with a salty block of feta crusted with fennel seeds. The inside of the feta almost ‘soufflés’ a little during roasting, while the outside becomes brown and crispy. It’s magic.

Well, when our plum tree had offered up its final fruit we knew we had to reinvent this dish with some seasonal winter fare – enter parsnips, pears and blackberries! This version is sweet and nutty, tart and salty. It feels deeply nourishing thanks to a crispy oat topping; it’s a savoury crumble, if you will, with rosemary and red chilli bringing exciting and dynamic flavour dimensions. 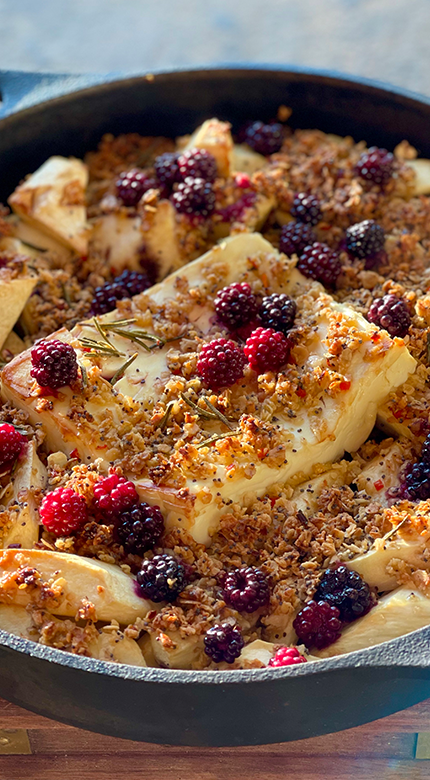 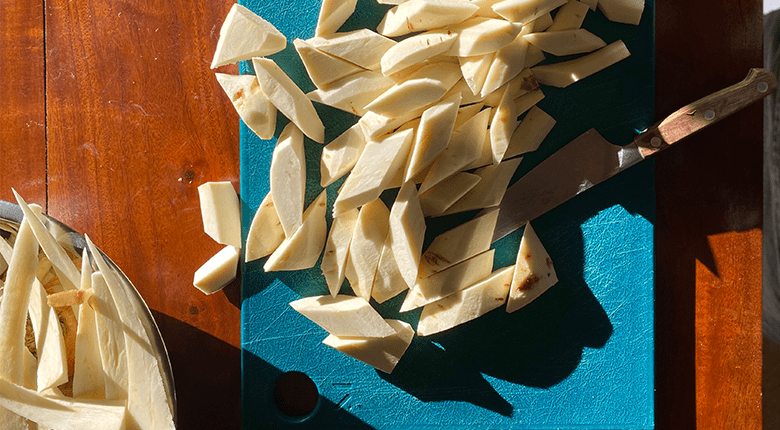 Peel the parsnips, quarter lengthways and remove the tough central core, then cut into chunks roughly 2-3cm long, and strip the rosemary leaves from their stalks. Quarter and de-core the pears then chop each quarter in half lengthways; leave your pears to one side for now.

Toss the parsnips with the rosemary leaves, ½ teaspoon of flakey sea salt and two tablespoons of rapeseed oil. Scatter over an oven-proof serving dish or skillet and roast at the top of the hot oven for 15 minutes. 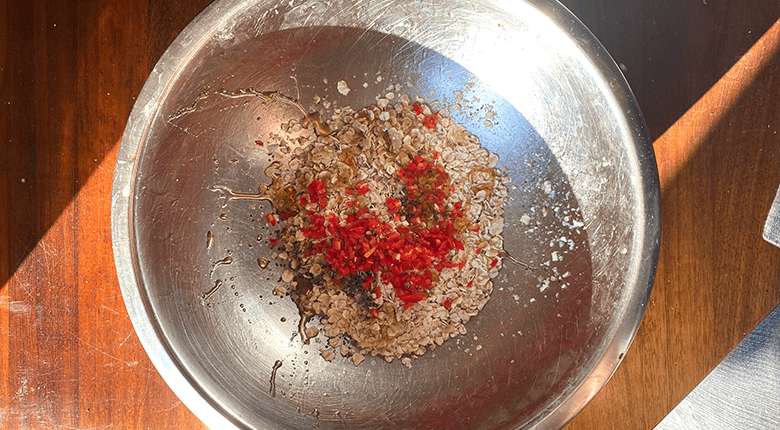 After 15 minutes remove the roasting parsnips from the oven. Toss and turn the pears in amongst the parsnips, and place your block of feta in the centre of the dish. Loosely scatter the red chilli crumble over the parsnips and pears leaving most of the feta exposed. Return the dish to the oven for a further 15 minutes.

Toss the blackberries with the cider vinegar.

After 15 minutes remove the dish from the oven and scatter over the vinegar-soaked blackberries; hold back a few spoonfuls of the vinegar for later on.

Return the dish to the oven for a final 15 minutes.

Once your tray-roast has had its full 45 minutes of cooking time remove it from the oven and spoon over any leftover blackberry vinegar.

Serve the piping hot crumble at the table with a bitter leaf salad dressed simply with more rapeseed oil and apple cider vinegar, or with a few spoonfuls of Joey and Katy’s “flavour hack” dijon vinaigrette which you can find on our website here 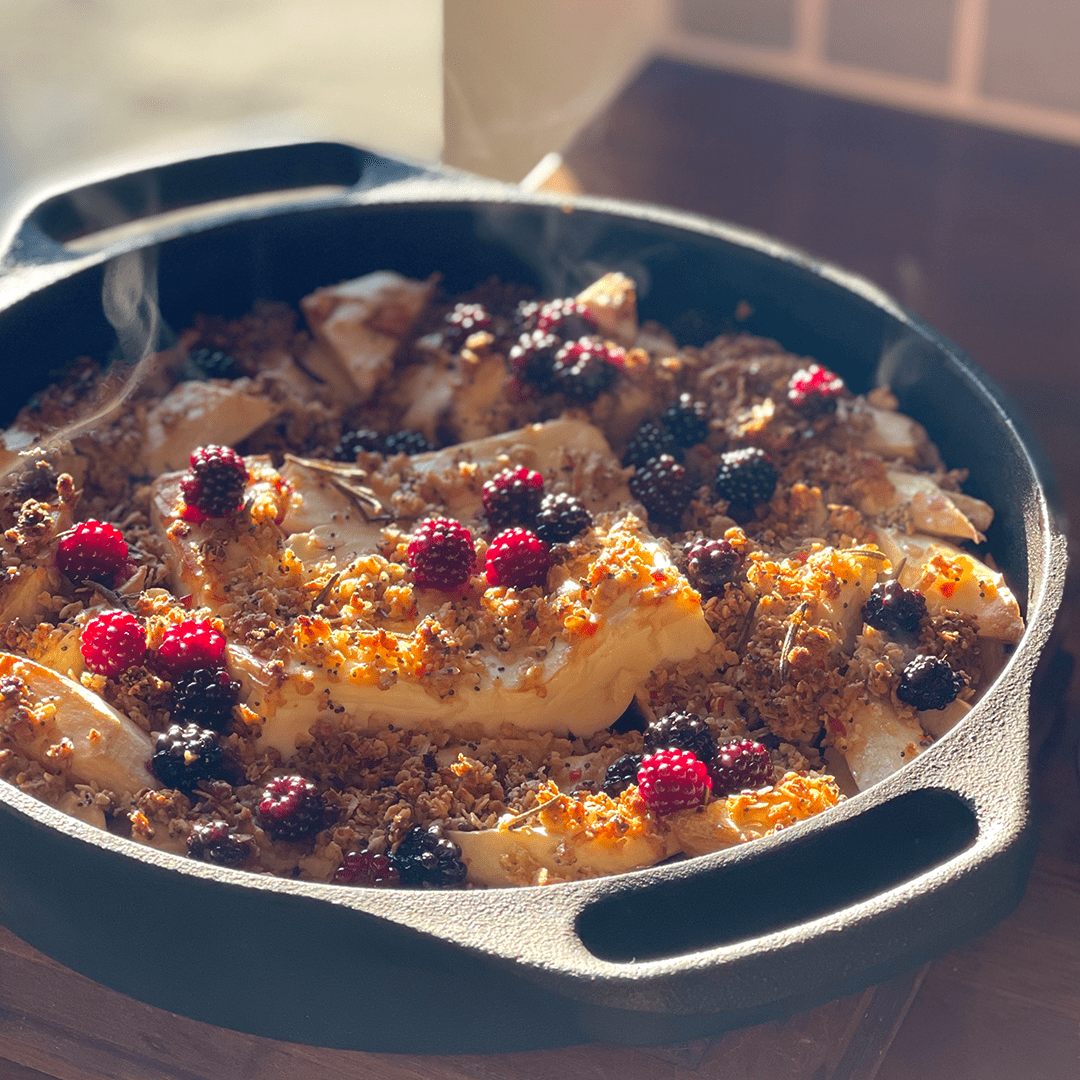