The history of gin

The origins of gin can be traced back to Dutch jenever, a juniper-flavoured grain spirit that has been drunk in the Netherlands since around the mid-17th century. It’s likely that jenever was introduced to British shores by returning soldiers who had fought in the Eighty Years’ War between Spain and the Netherlands. Over time, the Dutch name ‘jenever’ gave way to the English name ‘gin’ and the drink became increasingly popular, quickly spreading throughout the worldwide British Empire.

For many years gin was just another spirit – considered a little old fashioned even. However, as you may be aware, gin is now big business. Sales have tripled in the last decade, with new brands and distilleries appearing along with many different flavours. The rising popularity of gin is down, at least in part, to “premiumisation” according to Wine and Spirits Trade Association – we’re now much more inclined to pay out for high-end alcohol.

Despite the incredibly broad range of gin brands and flavours now available, gin still derives its essential flavour from juniper berries. In fact, an EU legal definition guarantees this by specifying what is meant by the term ‘gin’: EC Regulation No 110/2008 defines gin as ‘a juniper-flavoured spirit drink produced by flavouring organoleptically suitable ethyl alcohol of agricultural origin with juniper berries (Juniperus communis L.).’ The difference between Dry Gin and London Dry Gin

The two best-known types of gin today are Dry Gin and London Dry Gin. As with almost all gins, these are made not only from juniper berries but also several other flavour-enhancing ‘botanicals’, i.e. plant ingredients, such as coriander, ginger, cardamom, orange peel, lemon peel or flowers. Despite this, classic Dry Gin and London Dry Gin still have dominant notes of juniper and are not sweetened. Additional flavourings can be added to Dry Gin after distillation and these can be either natural or artificial, whereas only approved natural flavourings can be added to London Dry Gin and they must impart their flavour during the distillation process. 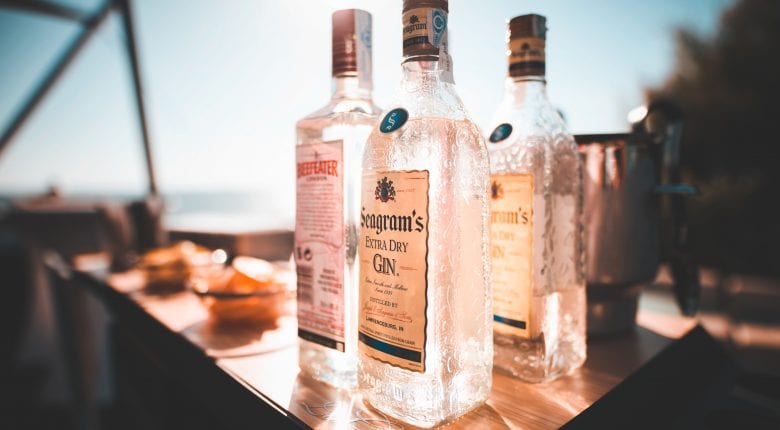 Another well-known English gin is Plymouth Gin. Unlike London gin, it has to originate from a specific geographical area, namely the port city of Plymouth in south west England. Plymouth Gin was traditionally considered the drink of the English navy and boasts a slightly more subtle juniper flavour than London Gin accompanied by earthy and spicy notes.

Meanwhile, Old Tom Gin is a bit of a rarity these days. With its distinct lightly-sweetened taste, it most closely resembles the original 18th-century gins, which had sugar added to soften to their harsh, bitter taste and to make them drinkable! Old Tom Gins are primarily used to make certain cocktails, especially the famous Tom Collins. Many of the new brands that have emerged on the market, particularly in France, the USA and more recently Germany, are in the style of so-called ‘New Western’ gin. Juniper berries tend to provide a subtle background flavour to these modern gins, creating space for innovative and often exotic ingredients, such as lavender, elderflower, liquorice, mandarins, cucumber or various fruits. Pink gin is now almost an industry in itself in the UK.