Where is the birthplace of viniculture?
Frank Kämmer

Viniculture is inseparably interwoven with the cultural history of humans. In ancient times, the Roman Empire contributed significantly to the spreading of viniculture in Europe. But its roots lie elsewhere and are significantly older. So let’s search for clues for the origins of wine and winemaking… 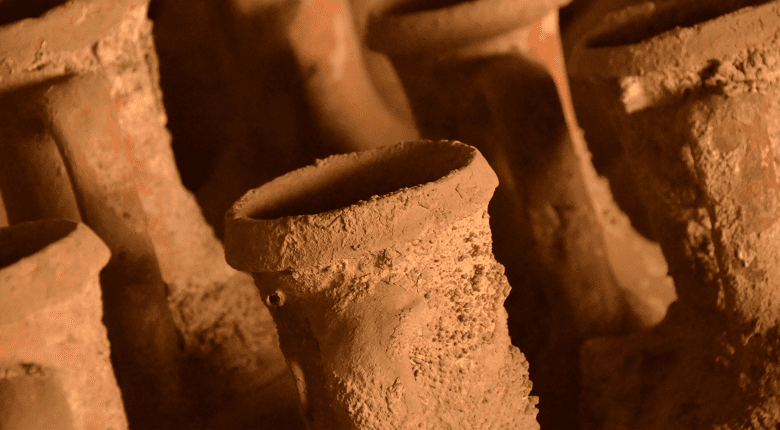 Collection of Roman amphorae used for transporting liquids such as wine or oil.

In Europe’s traditional wine growing countries, plenty of evidence can still be found today of the importance of the expansion of viniculture in the context of the growth of the Roman Empire. But even before the Romans it was the Greeks, and before them the Phoenicians who introduced the art of fermenting grapes into a tasty, invigorating drink to the Mediterranean region. However, the birthplace of viniculture seems to lie elsewhere and dates back to the Neolithic Age.

On the search for the origin of wine, the trail leads from the Mediterranean further east, to the northern part of the Middle East around Georgia, Armenia and eastern Turkey which is considered a hotspot for the earliest Stone Age viniculture. In the South Caucasus in particular, in the region south of these mountains, the oldest evidence so far has been found that the people of the Neolithic period already had a liking for grape juice. Traces of wine or wine constituents found there on clay jugs and shards suggest that viniculture was already under way here 7,800 to 8,000 years ago. Even further east, the central Chinese province of Henan has what might be even older traces of wine. Chemical analyses of the earthenware vessels discovered there showed, however, that the contents were a fermented drink based on a mixture of rice, honey, hawthorn fruits and wild vines.

Georgia claims to be the birthplace of viniculture

Based on findings so far therefore, the origin of viniculture using cultivated European vines (Vitis Vinifera) can still be claimed by Georgia.

Interestingly enough, the birthplace of viniculture is not far away at all from Mount Ararat, where, according to Genesis in the Old Testament, Noah landed his ark after the flood receded and planted the first vineyard.

Wine: how to clean a carafe

Are all wines suitable for long-term storage?