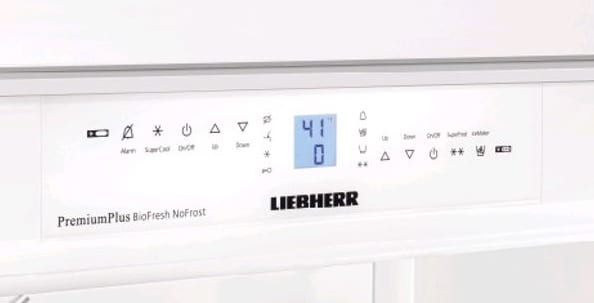 Food companies recommend 0°F as the ideal temperature for frozen food. Read on to discover why, and what the American Fruit and Vegetable coalition had to do with this.

Do you still remember buying your first ever refrigerator or freezer? When I bought my first freezer a few years back, I received the full-on sales pitch during which all the fantastic features of my new freezer-to-be were praised in the most embellished way imaginable. I was told that the freezer temperature should ideally be set to 0°F. When I asked why 0°F is the magic temperature, the sales consultant looked flummoxed and was unable to give an answer. I set about finding out the answer to this question myself…

At the outset of modern freezing, 14°F was seen as safe temperature for storing frozen food. However, as we discovered more and more about the nature and benefits of freezing, lower temperatures were recognized as being more suitable. In the late 1930s, the American Fruit and Vegetable coalition advocated maintaining a freezing temperature of 0°F. There wasn’t any specific scientific reason bind this. 0°F is just happens to be a nice round number.

In 1964, the International Institute of Refrigeration recommended a minimum temperature of 0°F for frozen food. Both national and international committees agreed with this and firmly adopted the figure in standards, norms and laws.

Experts have found that when stored at between -22°F and 0°F, the reaction rate for fruit and vegetables is up to three times slower. For sensitive substances in particular, their vitamin content deteriorates significantly faster at higher temperatures. After one year of storage at 10°F, the vitamin C content in vegetables is only about 20% of those stored for the same period at 0°F.

The colder the storage environment, the better the quality of frozen food. However, because maintaining lower temperatures involves greater energy usage, 0°F represents the best compromise between food quality and energy consumption.

Chocolate: Should It Be Kept in Your Refrigerator?

Should You Put Hot Food In The Fridge Or Let It Cool Down?