Dandelions – shimmering gold in the meadow

Dandelion – the sunshine flowers from the warmer times of year. Learn more about how dandelions can be used here. 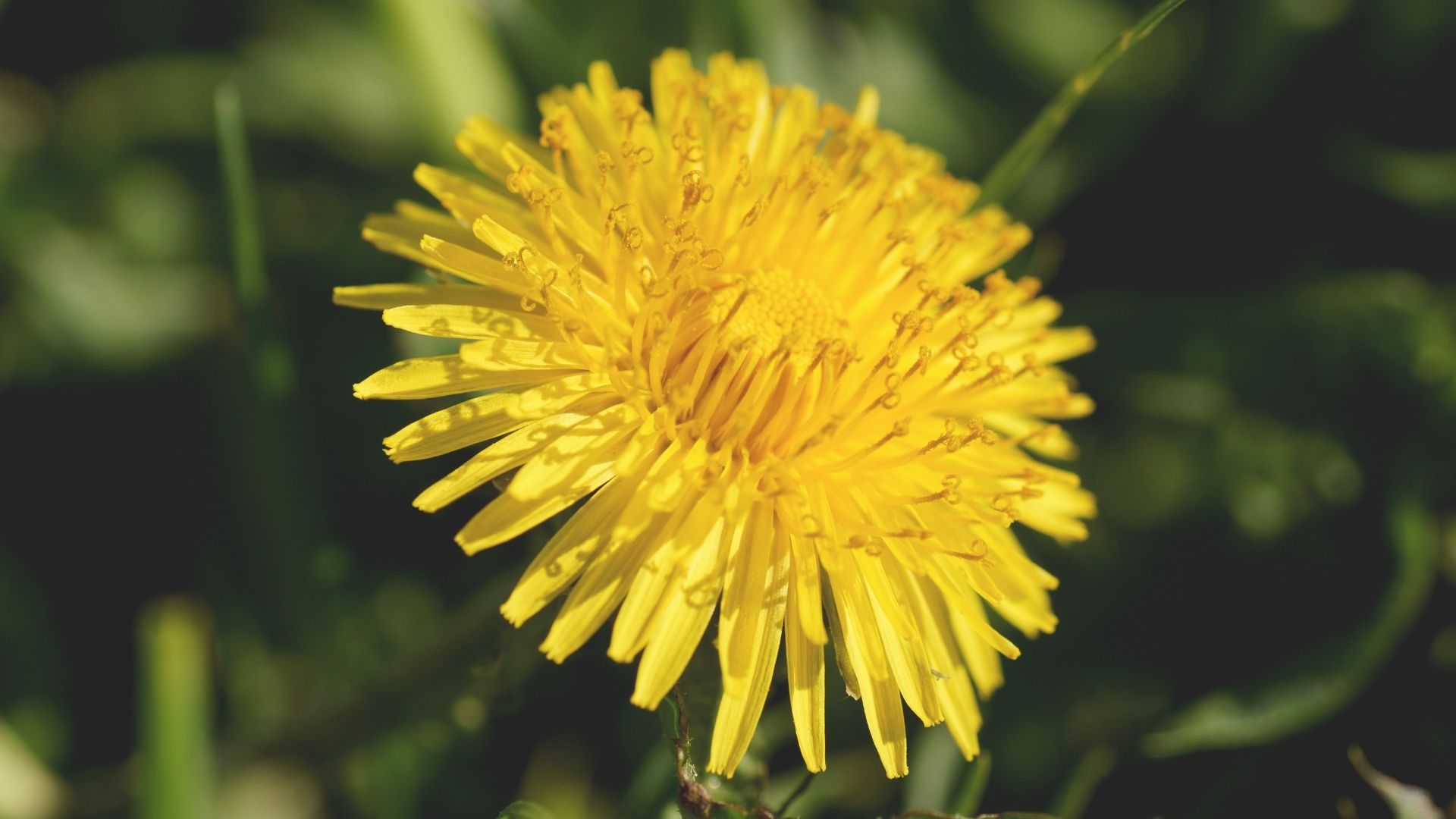 Of all the flowers in the meadow, the dandelion is pure gold. It blooms as yellow and intensely as the sun and stands proud in any green and grassy area. And you’ll be amazed at what this wildflower contains and the varied ways in which it can be used. Find out here about the compounds in dandelions, which parts of the plant can be used, their habitat and varied uses.

The dandelion genus is part of the Asteraceae family. The plant grows throughout Europe, and almost all parts of the plant can be used – the flower, the leaves and the taproot. The plant is said to have diuretic, anti-rheumatic and anti-inflammatory properties, and contains a range of bioactive substances which are good for the body. Bioactive compounds are constituents in food which are good for our health, but which do not contain nutrients.

Due to its bitter note, the dandelion is often used for indigestion. This is because the bitter compounds stimulate the production of gallic acid and in this way aid digestion. The bile ensures that fats are digested and fat-soluble nutrients are absorbed.  Dandelions can also be used to soothe muscle cramps or treat an upset stomach. 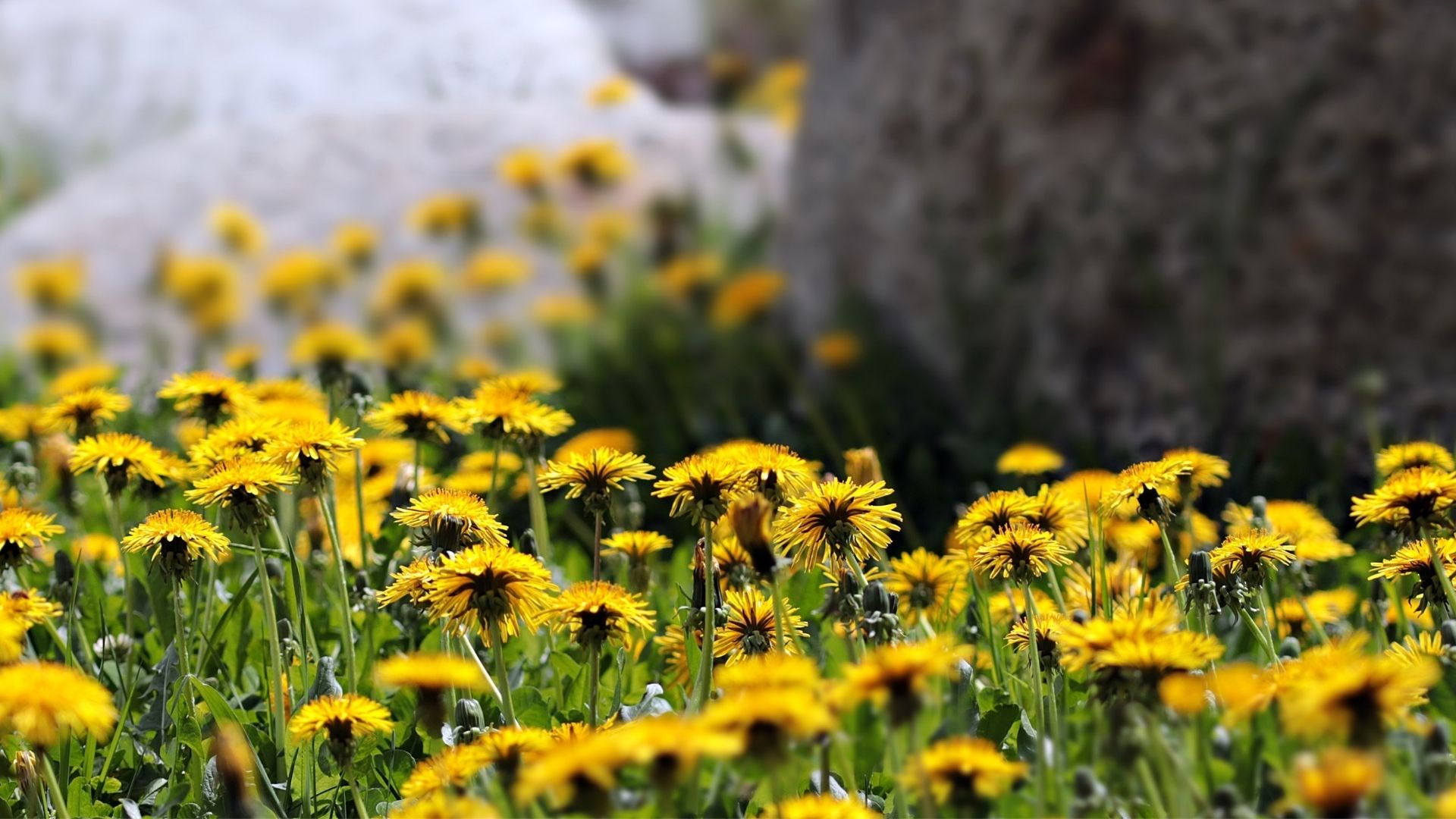 A wide range of uses in the kitchen

Ever tried producing home-made vegan honey? Straight after being harvested, dandelion flowers can be turned into a golden syrup which resembles honey. All you need for this are dandelion flowers, one lemon, sugar, and water. Heat up equal amounts of sugar and water in a pan. Once the sugar has dissolved in the water, add the freshly collected dandelion flowers and switch off the heat. Allow the flowers to sit overnight in the syrup. The next day you can strain off the flowers and add the squeezed lemon juice. Heat up the syrup again on a low heat and then pour this into dry, sterilised screw-top jars. Make sure the syrup does not simmer as this reduces the vitamin C from the lemon juice. This is because vitamin C, also known as ascorbic acid, is sensitive to heat.

The dandelion is an all-rounder. In savoury dishes it can also be eaten raw in salad or used to add colour to pancakes. The dandelion’s young leaves can give salad a pleasant bitter tasting note. When combined with the yellow edible flowers, you then have a salad which makes a great visual impact. Do you have any old bread lying around? If so, why not make some croûtons! Cut the bread into cubes and then, with a little oil and garlic, fry the cubes in a pan until golden brown and crispy. You can then add the croûtons to a dandelion salad. For dandelion pancakes, finely chop the leaves and then toast them lightly in the pan before adding them to the batter mix. For that finishing touch, grate some Parmesan over the herby pancakes.

The dandelion can also be transformed into a delicious drink. You can pour boiling water onto the dried leaves of the dandelion or indeed the dandelion root to make a wonderful infusion. Leave the tea to brew for around 10 minutes as this allows the aromatic substances and constituents to diffuse into the water. If you have a juicer available, you can make dandelion juice. You can also use a blender if you don’t happen to have a juicer. By adding wild herbs and fruit you can mix yourself a power drink which is full-to-bursting with health-beneficial compounds. From collecting to storage

During the growing time from April to October, it’s well worth looking out for edible wild herbs. The yellow flowering plant is easy to confuse with lady’s bedstraw, also called yellow bedstraw, which also belongs to the dandelion genus. You might also get it mixed up with ragwort. Outside the flowering season you therefore need to pay particularly close attention. Unique features of the edible dandelion:

– the leaves and stems are hairless and smooth

– the stems are hollow and filled with a white milky sap

For making dandelion leaf tea, the young leaves are best. These can be collected from the beginning of April. This is when the leaves are still tender. If you prefer your food with a slightly more bitter flavour, then wait for the leaves to mature. This is because the bitterness increases over the growing period.

The golden yellow petals open up at dawn and the head of the flower closes when it becomes dark or rains. It is therefore worth looking out for the dandelions’ yellow heads early in the day. The best time to collect the flowers is when the morning dew has dried off. If you have sensitive skin, it’s best to wear gloves when you’re collecting them. When plucking the flowers, the milky sap may seep out of the stems. The taraxin it contains can cause skin irritations.

When collecting dandelions make sure you only ever pick individual leaves and flowers. This prevents the plant from becoming too weak to bud again. It is also good to tread lightly in meadow, and each time always look out for a new place to collect. In this way you’ll be helping to ensure growth in all areas of the meadow. You should also avoid collecting on heavily used roads and on fields used for dog walking. This is to reduce the level of pollutants as well as potential contamination with pathogens. Very large dandelion specimens can also be found in delicatessens or in Turkish supermarkets in spring and summer.

For transporting the parts of the plant you’ve collected, it is best to use a basket so the air can still get to the dandelions, or use small fabric bags. Make sure that the parts of the plant collected are not damaged when transported. At home you should wash the dandelions and then lay them out on a baking tray to dry. If your plan is to consume the dandelion leaves while they’re fresh, and to do this soon, then store them after washing in your BioFresh with Fruit & Vegetable safe wrapped up in a damp cloth. Here the leaves will stay fresh for up to 10 days.

You’re sure to remember being amazed as child as you watched the white dandelion seeds floating like feathers in the air. The end of the growth period is when the magnificent flowers transform into the valuable pod-shaped seeds – the well-known dandelion clock. Ever thought of having a wild dandelion in your own garden on the balcony? If you carefully transport the dandelion clock back home in a screw-top jar, you can let the seeds dry spread out on baking tray. In the following spring, from March onwards, you can sow the seeds in a window box or in the meadow and look forward to the yellow flowering splendour to come.

And now for something interesting to finish off with. The milky sap of dandelions can be processed into rubber. This is because of the latex contained in the milky sap. Rubber normally comes from rubber trees, but these take a long time to grow and only grow in the tropics. The dandelion therefore offers a potential alternative for the future which is ecologically sound. However, producing dandelion rubber in large quantities will require further research. Falling in love with Italian pizza