Milk often gets a bad press nowadays. Fat and sugar content, lactose intolerance, the rise of veganism and the rapid proliferation of non-dairy milk products have all pointed us away from traditional cow’s milk. So, is milk good or bad for you? How is milk actually produced and processed? Read on to find out if milk is healthy and nutritional after all.

When we hear the word “milk”, most of us automatically think of cow’s milk. However all female mammals produce milk to feed their young. Around the world goat’s milk, sheep’s milk, milk from water buffalo and from camels, yaks and mares are also popular, as are nut, rice, soy milks and more.

However, for this article, we are going to concentrate on cow’s milk.

Pasteurised, homogenised milk – what does that mean?

Cows are milked twice a day and the average UK dairy farm produces a staggering 2,000 litres of milk daily! The milk is then stored in tanks at 4ºC and is transported to the dairy for processing.

These days, the route from the dairy to the fridge is, in most cases, quite a long one – once the cow has been milked the product must be made sufficiently non-perishable to survive its journey in good shape. For this purpose, the milk is heated (to at least 72 °C, depending on the process, or even more) in order to kill off unwanted germs – this process is called pasteurisation. The milk is then separated so that cream (which contains the fat) is separated from the watery skimmed milk. Cream is then added back to the skimmed milk in a processed called standardisation, so that the milk ultimately has the desired fat percentage (more on that later).

Milk also contains varying sizes of fat globules and during the homogenising process these are broken down to avoid the larger globules rising to the top and to provide a more even overall taste. Filtered milk undergoes a filtration process (in addition to the usual steps of milk processing) to remove further souring bacteria, further increasing the product’s shelf-life. UHT milk is milk which has been heated at such high temperatures that all potentially harmful bacteria are killed. This particular heat treatment produces longer shelf-life milk compared to conventional milk 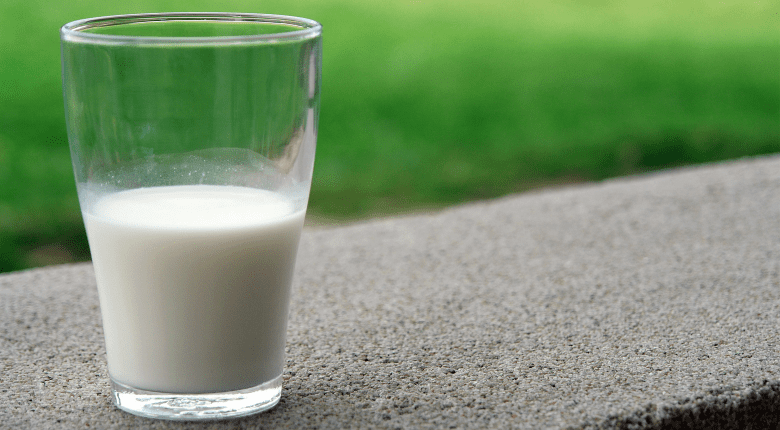 How many calories are there in a glass of milk?

Is the sugar in milk bad for you?

One of the concerns people have is the amount of sugar in cow’s milk. Diabetes UK have put together a great rundown of some the types of milk widely available and their nutritional content so you can compare them. In relation to sugar content, a quick comparison will tell you that 200ml of full-fat Coca Cola contains 10.6g of sugar. A 200ml glass of milk contains around 9.4-10g of sugar (regardless of fat content).

In theory, then, there’s not much difference in terms of pure numbers. That’s definitely not the full story, however…

The sugar in milk, lactose, is naturally occurring and does not count as the ‘free sugars’ set out by the NHS that we should limit our consumption of. It also doesn’t affect your teeth in the same way. According to current guidelines we do not need to cut down on these sugars, but they are included in the “total sugar” figure found on food labels.

The alarm bells start ringing for some when they hear the word “lactose”. Lactose is a so-called disaccharide consisting of glucose and galactose which has to be broken down by the body into the two components during the digestive process. This requires an enzyme (lactase) – and it is this which is lacking in people affected by lactose intolerance. With those who have this intolerance, lactose is broken down by bacteria in the gut, creating gases which produce bloating and, occasionally, also stomach pains.

We normally only have the enzyme required to be able to break down lactose from the breast milk when we are babies. However, in northern European countries especially, cow’s milk and milk from other mammals has been an important dietary component for a long period and, as a result, we have continued to produce the enzyme. For this reason, the proportion of people with lactose intolerance in more southern countries – for example in African and Asian countries – is much higher. In the UK figures suggest that only around 5% of the population may be lactose intolerant.

In our supermarkets, there is now a wide selection of lactose-free dairy products. In this case, the breaking-down process, which our bodies would otherwise have completed, is now undertaken in the dairy. This, by the way, is why lactose-free milk also tastes different. The flavour of lactose is less sweet than glucose and galactose; lactose-free milk therefore tastes sweeter.

Cow’s milk fresh from the cow’s udder has a natural fat content of 3.8 to 4.3%. In a supermarket, however, we generally have the following choices:

Whole milk: milk with a minimum fat content of 3.5g per 100g of product

Skimmed milk: milk with a fat content which does not exceed 0.3g per 100g of product

Lower-fat options tend to have less vitamin A and vitamin E than whole milk, but have more minerals such as calcium, potassium and phosphorus.

Milk contributes nearly 20% of the calcium intake in the diets of UK adults, significantly contributing towards the health of our bones, teeth muscles and nerves. Cow’s milk also offers high-quality protein and vitamins B2, B5 and B12 as well as potassium, phosphorous and iodine. By the way, protein and calcium content is not dependent on the fat content and the processing of the milk, so the levels remains largely the same whether you choose skimmed, semi-skimmed or whole milk.

The protein found in dairy products such as milk may also help us feel fuller for longer while the calcium it contains may ultimately reduce the amount of fat that is absorbed in our gut. Although milk is an easily consumable source of protein, for some individuals – e.g. those with chronic kidney disease – excessive consumption of milk can actually be dangerous due to its phosphate levels.

A word on that warm mug of milk that you might like to help you settle late in the evening Did you know that the “skin” which forms when heating milk consists of coagulated protein? So, if you remove the skin, then you are also losing valuable protein. It is better to stir milk whilst heating so that the skin does not form. This also prevents the milk from boiling over. The boiling over is actually also connected with the skin formation. The boiling produces steam – if the pressure is high enough, this causes the protein skin to break and the milk to boil over.

Does milk quench your thirst?

Recent studies suggest, somewhat surprisingly, that cow’s milk might actually be better at keeping you hydrated than water. For example, one study determined the hydration index of 13 common beverages compared to water. Milk, along with an oral rehydration solution (and, to a lesser extent, orange juice) was found to have a significantly higher hydration index than water.

How long does milk stay fresh?

Regardless of the types of milk, it will generally only keep for around 3 days and should always be stored in the fridge. Alternatively, if you have a Liebherr fridge with a BioFresh compartment, milk will remain fresh for up to 12 days. 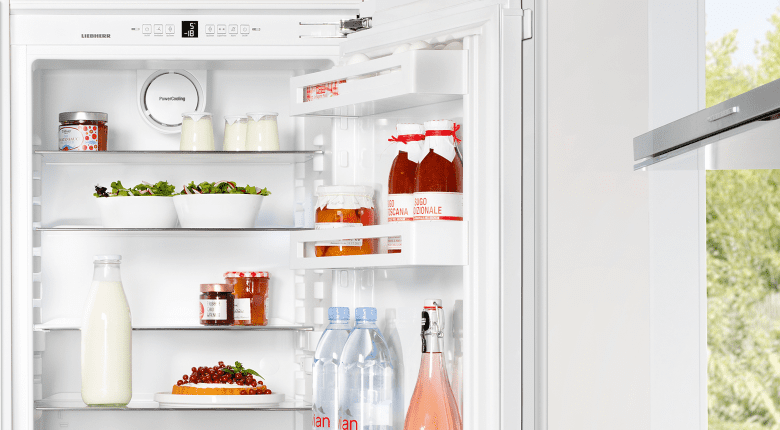 If milk smells or tastes sour, or is thickening, this indicates an increased formation of micro-organisms. Having said that, this doesn’t necessarily mean that the milk is hazardous to health. Dairy products like yoghurt are nothing more than milk in which lactic acid bacteria have multiplied quickly.

However, if we’ve opened the milk, left it open, or even drunk straight out of it, then we can’t always be certain whether only harmless lactic acid bacteria are responsible for the milk “going off”. Groups at risk, for example pregnant women, the elderly and the sick, are advised to be on the safe side and not to consume sour milk. Others are able to check using a boiling test whether the milk has soured to the extent that it is no longer appropriate to use for cooking or baking. To do this, boil up some milk in a saucepan – if it curdles then the milk is no longer fresh.

We’ve probably all heard people say that a glass of milk can help if a dish is just a little bit too spicy. But why is that? If you find food or meals spicy then, in most cases, that’s due to the chemical compounds contained, e.g. capsaicin in chillies or piperine in pepper. Many of these compounds are not very water soluble, but are much more soluble in fat. Drinking water is therefore not much help with hot food. Milk, on the other hand, brings rapid relief due to the fat it contains.

Please check out the Milk Factsheet from The Dairy Council for further information on milk, including the current recommended nutritional guidelines across all age groups.