A staple of European drinking culture, particularly in the UK, Ireland, France and Germany, cider is getting more popular in the United States. We thought the time is right to look at the different varieties. 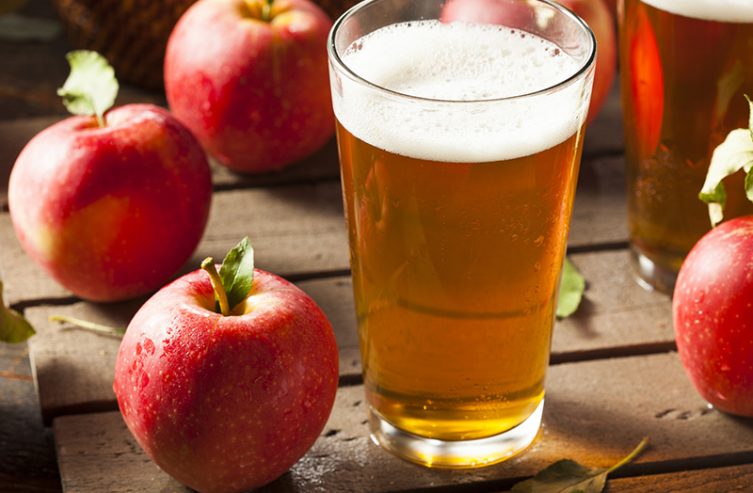 All apple wines start from the same product: A freshly mashed and pressed apple juice. This is, as you can probably imagine, not the apple juice you put on the table for your kids or, taste-wise, even comparable to table apples. For apple wines, predominantly bitter, sugar-rich apple varieties are used. Frequently these have a noticeable tannic acid content. They are generally not intended for pure consumption. In contrast to the well-known modern table apples Golden Delicious or Granny Smith, these are mostly very old varieties, which often grow on orchards. A big difference between Britsh / Irish Cider, French Cidre and the German varieties (beside the well-known Hessian “Äppelwoi”,”Viez” from the on the upper Moselle and the Saarland and “Most”, the Swabian apple wine, have some significance) comes in the way of alcoholic fermentation. In Germany, the natural carbonic acid is allowed to escape, which means that a still wine is obtained.  For cidre and cider, the fermenting carbon dioxide is bound to the wine in order to obtain a bubbly drink. In cases of simpler qualities from industrial production, carbonic acid is simply added to the apple wine from a gas container. Top quality French cidre, on the other hand, is sometimes even produced in bottle fermentation, similar to champagne. 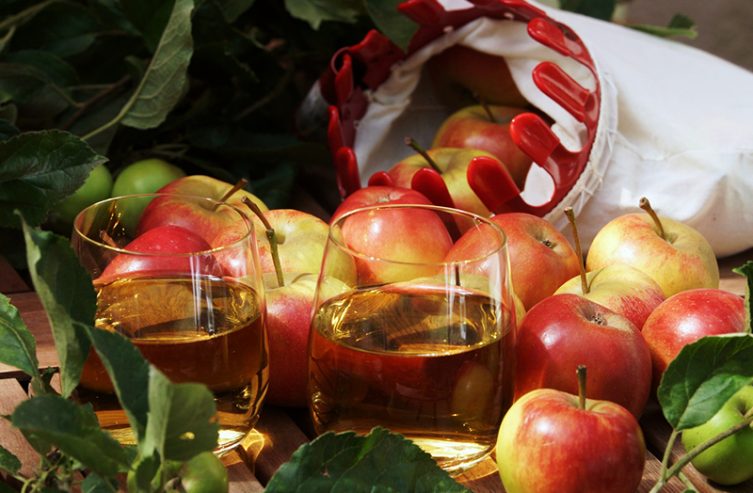 In addition to the sugar content of the must as well the type and duration of the fermentation, the apple varieties used are of great importance for the taste. French cidre, therefore, usually taste fine and fruity, English cider often tart and strong. The alcohol content can be very different. From light two to five per cent in the cidre to a stately twelve per cent in the case of stronger cider varieties. Instead of apples, pears can also be used. In these cases one speaks in England of a Perry, in France the term Poiré is used.

It is also interesting that for apple wines in their respective regions of origin often very different traditional drinking glasses are used. While in Hesse the “Gerippte” (lit. ripped), a beaker with a particular diamond pattern is used, in France you’ll mostly see flat bowls,. In the cidre heavy regions of Brittany and Normandy even specialty cups. For particularly fine French cidres, a white wine glass is quite appropriate, in cases of bottle fermentation it may even be a champagne glass. In the UK and Ireland, cider is drunk from the same pint or half pint glasses as beer. In Ireland, the drink is frequently served with ice cubes, particularly in summer. In some European bars, when you order an Irish brand of cider you may be asked whether you want ice.

Cider In The United States

Irish and British brands like MAGNERS and STRONGBOW are readily available in the United States, both in bars and stores. It’s only been in recent years that interest in the drink has been revived. Craft brews have had a strong influence in making hard ciders popular. Today, over 50% of the market share for hard cider in the United States is captured by Angry Orchard from Walden, New York. While nowadays in most bar settings staff will understand that you want your drink to contain alcohol, it may be necessary to specify you want hard cider. You might end up getting “sweet” or “soft” cider, which is always completely non-alcoholic.