On Trend: What Makes Gin So Special?
Frank Kämmer

Just a few years ago, gin was a run of the mill spirit, more perceived as a product category than as an individual product. Times have changed, and now you can’t order a simple G&T without being asked for your favorite brand or flavor. 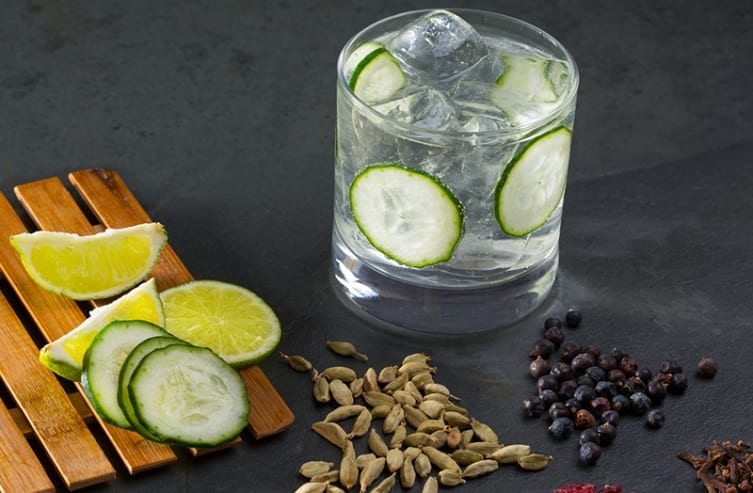 The ongoing boom is not only amazing because it’s a spirit almost always consumed as part of a cocktail or long-drink, and hardly, if ever, straight. The great diversity between and the sheer numbers of brands on the market do not help with keeping an overview.

The Roots of Gin: A Little Bit of Dutch Courage

The origins of gin can be traced back to Dutch jenever (Dutch for juniper), a spirit flavored with the name and taste giving cereal. The popularity of the drink in and association with the United Kingdom is probably down to English soldiers who fought alongside the Dutch in the continental wars of the 16th and 17th centuries and brought the Dutch drink back home with then. Legend has it that said soldiers enjoyed “a little bit” of jenever before going into battle, which may be the origin of the expression Dutch courage.  Over time, “gin” became what remained of the English pronunciation of the Dutch word jenever. It’s popularity grew as it rapidly spread through the British Empire.

Juniper: The Aromatic Base There may be an almost overwhelming number of brands and taste variations these days, but juniper remains an aromatic constant. The European Union even legally defines what exactly constitutes “gin”. EC Regulation No 110/2008 defines it as “a juniper-flavored spirit drink produced by flavoring organoleptically suitable ethyl alcohol of agricultural origin with juniper berries (Juniperus communis L.)”. It also sets the minimum alcoholic strength by volume at 37.5 %

What’s the Difference between Dry and London Gin?

The best-known styles are dry gin and London gin. So-called botanicals are used for aromatizing, including coriander, ginger, cardamom, orange and lemon peels or flowers. Dry Gin and London Gin nevertheless have a distinct dominating juniper flavor. Sugar can absolutely not be added.  Non-herbal substances, aromas and colorants can be added to dry gin at almost any point during the production process. Only botanicals can be added to London gin and they all have to be added at the same time before distilling.

Another typical English gin is Plymouth Gin. Unlike London Gin, in order for it to be able to use this designation, it must actually be distilled in the port city in southwest England after which it is named. It has traditionally been regarded as the drink of the English navy and, in contrast to London Gin, has a somewhat more reserved juniper flavor accompanied by earthy spicy notes.
The old Tom Gin is somewhat of a rarity today. With its distinctly sweet taste, it comes closest to the spirit’s 18th century original form, when the rather rough and sharp liquor was made drinkable with sugar. Old Toms are used today mainly for the preparation of certain cocktails, above all the well-known Tom Collins.

A variety giving rise to countless new brands recently is known as New Western Style. Outside England, especially in France and the USA, but also in Germany, more and more representatives of this modern spin have emerged. Juniper usually takes a less prominent place, making use imaginative and often exotic ingredients such as lavender, elderberry, licorice, tangerines or cucumbers can also be used.