Whether it’s Mascarpone, Gorgonzola or Pecorino, many of us would find life poorer without cheese in all its various forms. Even the Greek poet Homer had Odysseus feasting on the milk-based product, and the holes in the cheese have prompted many-a-philosophical pondering. But how do you actually store cheese correctly? Read on to discover how to keep cheese fresh for longer…

Cheese is itself a method of preserving. Our ancestors are said to have discovered the dairy product by chance in the Mesolithic age and then used it to be able to keep easily-perishable milk for longer. Some cheeses do actually keep for several months without refrigeration. However, this applies mainly to the entire wheel of cheese which is protected by the rind surrounding it. A single piece of cheese or cream cheese should be kept in the fridge. 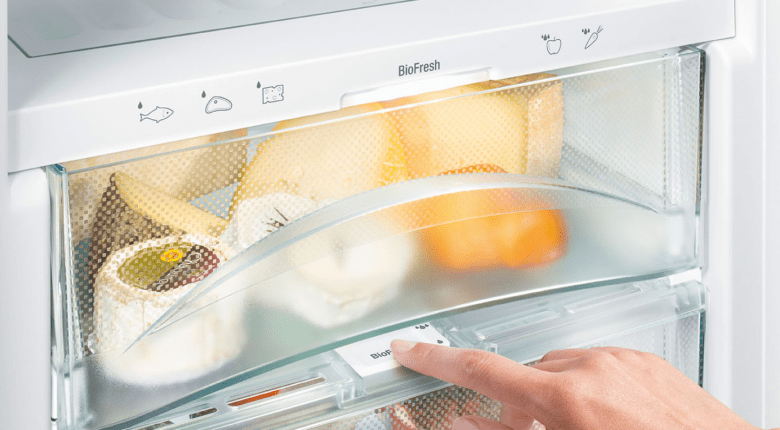 The BioFresh DrySafe provides the ideal conditions for storing cheese

The right fridge compartment for every type of cheese

Dairy products will keep for a very long time when stored in a Liebherr BioFresh DrySafe compartment. With its low level of humidity and temperature of slightly above 0°C, it produces the ideal conditions for slowing cheese’s ripening process, therefore ensuring it can be enjoyed for longer. In this way, semi-hard cheeses such as Gouda or Leerdammer will keep fresh for several weeks. Some types of cheese such as hard cheese or cream cheese are also suitable for freezing. At -18°C, their shelf life can be increased by several months. Finely grating hard cheese before freezing makes it really easy to use afterwards, such as for sprinkling on pasta or casserole. If you do not wish to slow the maturing process of hard cheeses such as Parmesan or alpine cheese varieties and prefer to consume them quite soon, stored these at the top of the fridge or in the VarioBox.

How to deal with mould growth?

If mould does start to form on a piece of cheese, you don’t actually have to dispose of it straight away. If, for example, hard cheese goes mouldy, just make sure the affected area is cut away sufficiently. You can consume the rest without concern. However, soft cheese or cream cheese must be disposed of entirely if mould starts to grow. 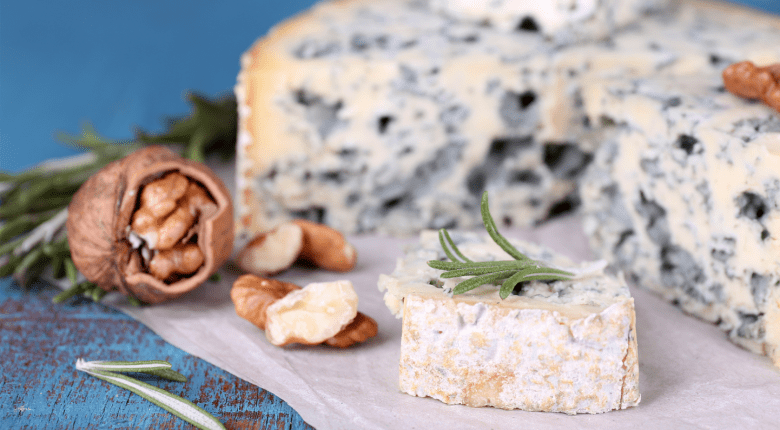 The edible mould of some types of cheese, as with blue mould cheese, is regarded as a delicacy

By contrast, edible mould, as in the case of Camembert or Roquefort, is what gives cheese its specific flavour. While the milk is already inoculated with the mould cultures in the case of many types of white mould cheeses, with blue mould cheeses it’s the cheese curd which first comes into contact with the cultures. During the maturing process, the cheese is pierced with needles in order to feed in oxygen so that the blue edible mould thrives. These types of mould are delicacies and are intended for consumption.

It’s all in the packaging Cheese should never be placed in the fridge or in the BioFresh DrySafe drawer without packaging because it will dry out. Various types of packaging are best depending on the type of cheese you want to store. For hard, semi-firm and firm cheeses such as Parmesan, Edam or Gouda, specific cheese paper is ideal for storage. This is usually available from the deli counter in the supermarket. The film coating on the inside prevents direct contact with the air, while the paper on the outside allows through the oxygen needed for breathing. If you do not have cheese paper to hand at home, it is possible to perforate cling film with a knife and wrap the cheese in this. In the past, these types of cheeses were also wrapped in a cloth soaked in salt water. The cloth was replaced every two to three days in order to maintain moisture.

Semi-hard cheese, by contrast, will keep for a particularly long time in wax paper or in reusable plastic boxes. However, you should make sure that condensation does not form in the packaging and that the cheese is able to breathe. Specialist cheese dishes, however, are also ideal for storage and these also prevent the smell of the cheese transferring over to other food.

Soft cheese such as Brie or Camembert is best kept in cheese paper while cream cheese such as Mascarpone, Feta, Quark or Ricotta are ideally left in their sales packaging. Plastic containers protect these types from drying out and from the effects of air. 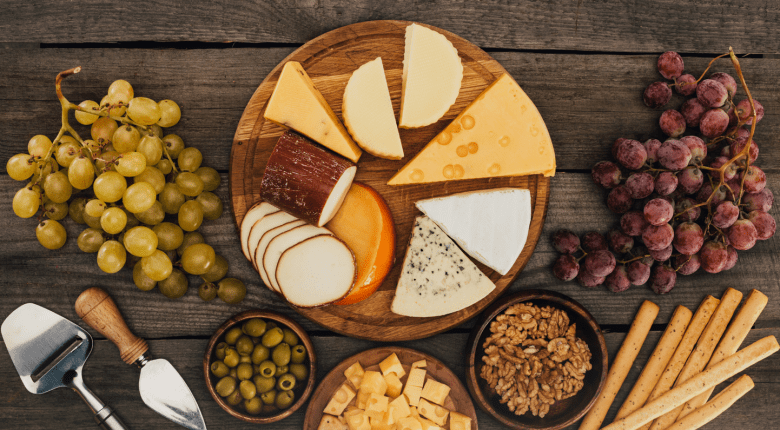 In order for cheese to properly develop its flavour, it should be taken out of the fridge and its packaging 20 – 30 minutes before being consumed. The flavours unfold particularly well at room temperature. The exception to this are cream cheeses such as Quark. These do not need to acclimatise and should be used or consumed immediately. Incidentally, when serving cheese, boards made from spruce are best because the wood absorbs the moisture and is able to release it again if needed.

If you have any questions or comments about this article please feel free to get in touch with us on Facebook and Twitter.

Barbecue lovers: time to meat up!

The best foods for eye health