Radish, but which one?
Alok Mokase

Say hello to the root vegetable that goes by the name radish! It is a crunchy vegetable that is mostly eaten raw and has a sharp and almost peppery taste. However, the flavour, colour and texture changes with the different varieties of this veggie.

This ever-glowing vegetable has a certain youthful charm to it. It’s stubby with a deep pink exterior and white tips. Moreover, this cute ball of flavour has a milder taste and edges towards the sweeter side. The veggie is loaded with vitamin C, calcium and is good for digestion. Lastly, it tastes best when we pair it with cream cheese, butter or salt as they balance the mild peppery taste of the vegetable. Hence, if you’re looking to munch on something healthy, crunchy and juicy, then the French Breakfast radish would be it!

This slender variety of Radish has a certain wisdom to it one might say! It’s white inside out and is crispy. When cooked, the peppery flavour gives way to a sweet flavour. The leafy greens at the top of this radish are packed with nutrients and can be used in a salad. Moreover, the White Icicle is a rich source of potassium which helps in balancing fluid levels in our body. 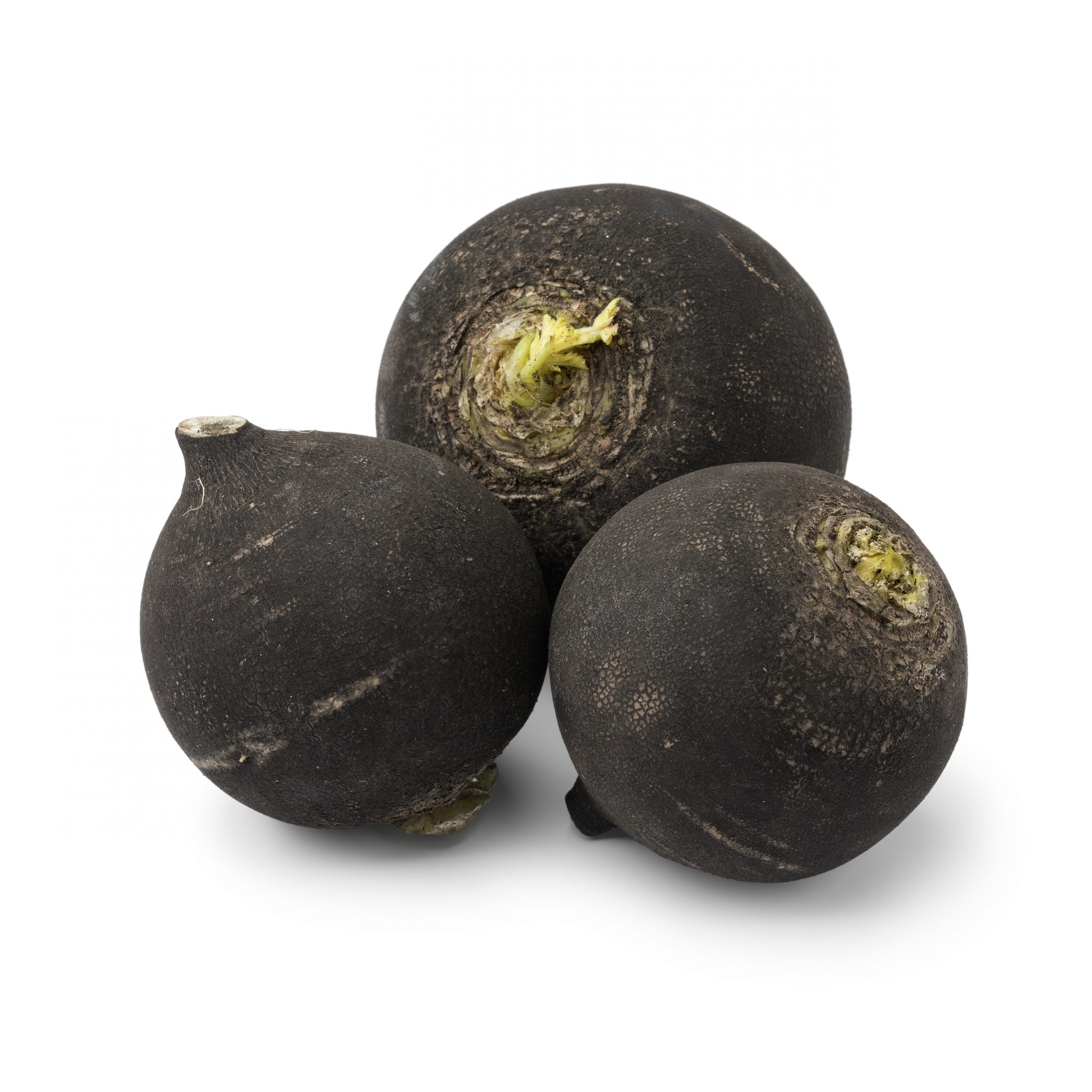 As the name suggests, this mysterious variety of radish has black or sometimes dark brown skin. On the inside, it has white flesh that is moist and crisp. As for the flavour, they have a spicy, bitter and stronger taste than the other varieties. The vegetable is rich in Vitamin A and the roots contain glucosinolate which helps in liver detoxification. Shred this veggie and mix it in a salad or bake thin slices of this radish to make crispy chips, the taste never fails to impress!

Thinking of a juicy, sweet vegetable when you hear the name Watermelon radish? Here’s a little spoiler: The vegetable tastes nothing like a watermelon! Instead, the vegetable’s pink interior looks like that of a watermelon, hence the name. It’s globular with a beige exterior that has green patches on it. The veggie’s peppery taste and crunchy texture pair well with feta cheese, butter and fennel. Moreover, it’s rich in antioxidants, phosphorous and vitamin A.

The list doesn’t just end here, there are countless varieties of this pepper-flavoured vegetable! As the rule goes for any veggie, radish too tastes best when eaten fresh, no matter which variety. To prolong its freshness period, chop off the leaves and store the unwashed root in a sealed container. For best results, place a damp paper towel at the bottom of the container. Now store it in the refrigerator till you’re ready to fix a quick meal with radish it in! Liebherr’s EasyFresh Drawer lets you set the temperature and humidity level according to the requirements of the fruits and vegetables being stored inside. Hence, the produce stays fresh for longer in a Liebherr!

Cherry: More than just a topping!