The tastiest dessert comes from the town that is so close to perfection. Tiramisu brings the best indulgence with the creaminess of coffee-soaked ladyfingers and mascarpone cheese. This Italian dessert is so good that you will relish its calorie intake! So, call a friend and together savour the luscious sweetness of this delicious dessert. 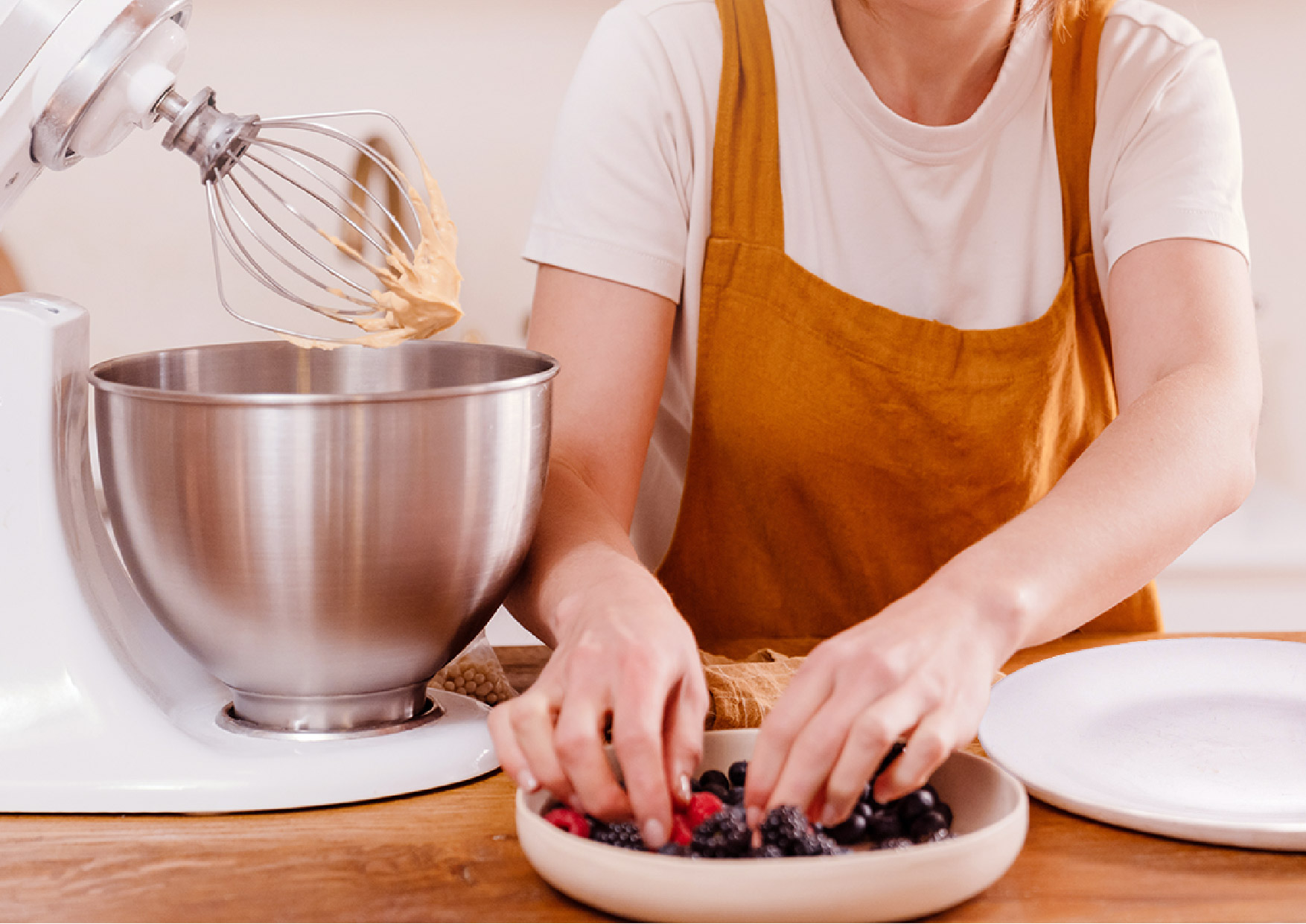 Why the name ‘Tiramisu’?
The word Tiramisu comes from the Treviso dialect “Tireme su” that was Italianized to Tiramisu which literally means “pick me up!”. The dessert was initially served to the customers in a brothel during the 19th century, and later, a restaurant in Treviso added it to the menu.

This delicate dessert with a legendary story is a triumph of ingredients that includes ladyfinger biscuits, eggs, sugar, mascarpone, coffee, and cocoa. Certainly a lot of skill and passion goes into preparing this rich dessert for your loved ones.

Liebherr takes this opportunity to introduce these dreamy combinations of ingredients that come together to result into this beautiful perfection!

Let’s first talk about the most important ingredient – the ladyfinger biscuits commonly known as ladyfingers. Hailing from India, it’s very natural to assume that ladyfinger biscuit is the vegetable known as bhindi in Hindi. And then you may imagine this bhindi soaked in coffee, added as the most important ingredient in Tiramisu. This may blow your mind! But don’t worry, it’s not bhindi that is added to the dessert.

So without further ado, let’s get into the history of the important ingredients involved in making this Italian favourite! 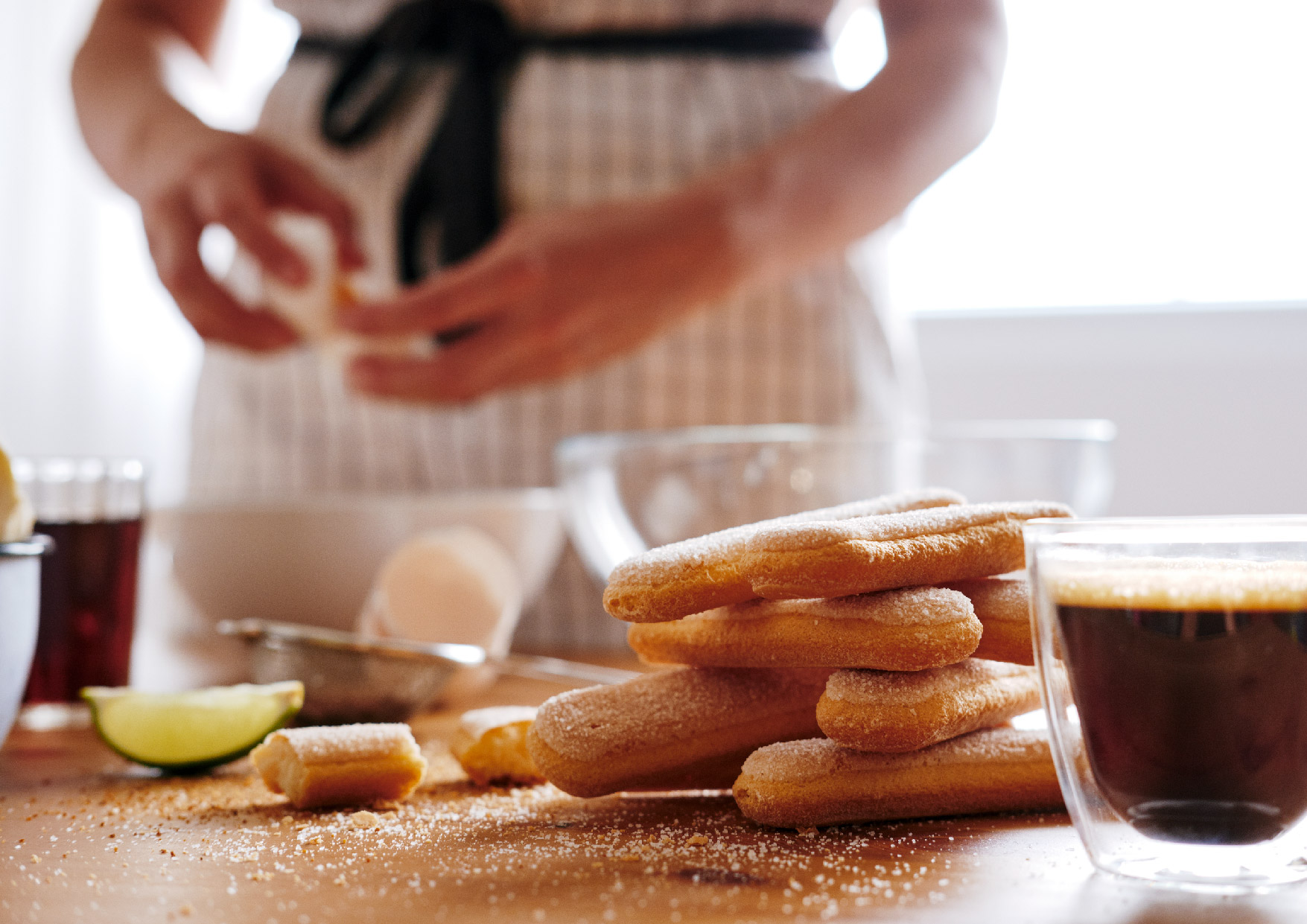 Ladyfinger Biscuits:
Ladyfinger biscuit is a type of biscuits that has a long and flat shape along with a texture of a sweet sponge cake. The popularity of ladyfinger biscuits began in the 19th century when a family in Treviso named Tiretta Salsa imported Savoiardi (a typical name for ladyfingers for the Savoy family) and began to spread ladyfingers throughout the area as a symbolic message to unify Italy during the gastronomic revolt against the taste of Austria.

Mascarpone Cheese:
Another important ingredient in the Tiramisu is mascarpone – a cheese of Lombardy origins. During the 19th century amidst the gastronomic revolt, people of Treviso wanted to show their belonging to the newly forming Kingdom of Italy. And thus, mascarpone played a part in making this dessert for Italians.

Coffee:
Coffee is an important ingredient in Tiramisu that makes this dessert richer and more decadent. It gives texture to ladyfingers and makes it fluffier, and also creates a balance of sweetness with mascarpone. Coffee that is used in the original tiramisu recipe is made with a moka pot, traditionally used in Le Beccherie, a staple brewer in households across Italy.

Different food items have a significance and historical background that helps in preserving the local tradition and culture. And the enthusiasm to discover these traditions and preserve a combination like this makes the food better with time. Especially with an innovation like a Liebherr, this legendary delicacy will be preserved with utmost care. Storage:
Tiramisu is served cold but fills your heart with warmth.

Tiramisu can last for up to four days and if you plan on making this ahead of time, then it is best served after 1-2 days

The way Tiramisu is made makes this creation even more unforgettable. Hence, with Liebherr’s EasyFresh Technology, preserve the love for and tradition of this coffee-infused Italian dessert right in your refrigerator. Savour this classic and seize the moment by indulging in a sweet treat that turns your good day into a Tiramisu day!

Ice Apple: what you should know?

A sweet and savory Diwali

Man, go get some Mango?